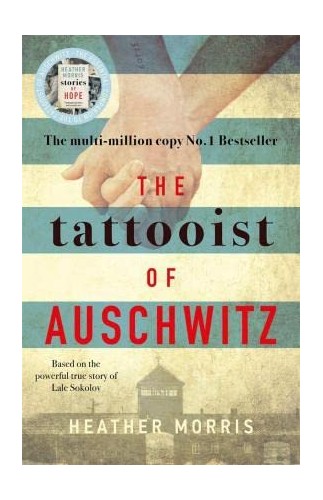 The Tattooist of Auschwitz by Heather Morris

This stunning book is both poignant and dramatic. The Tattooist of Auschwitz is based on the real-life story of Ludwig (Lale) Sokolov, a Holocaust survivor and Auschwitz-Birkenau tattooist.
In April of 1942, Lale was transported to a concentration camp where, because he was multilingual, was put to work as a Tätowierer (the German word for tattooist) and tasked with tattooing his fellow prisoners.

The Tattooist of Auschwitz: the heart-breaking and unforgettable international bestseller by Heather Morris

Over his two-and-a-half-year imprisonment, Lale faced the unthinkable horrors of life in the camp, was forced to fight for his life and that of others around him. As the story unfolds, readers are given insight into what true courage and acts bravery can do for the human spirit.
In late July of 1942, Lale meets Gita - a young, terrified woman waiting in line to be tattooed by him. It is love at first sight, and he vows there and then that they will both survive the camp and that he will marry her.
This number-one New York Times Bestseller has been critically acclaimed worldwide. It is a story of love against all the odds, and hope when there should be none.
You should read this book if…

Born in New Zealand, Heather Morris lives and works in Melbourne, Australia. In 2003, she met Lale Sokolov, a meeting that changed both their lives. As their friendship grew, he entrusted her with the task of telling the world the innermost details of his life during the Holocaust.
GOR009384731
9781785763670
1785763679
The Tattooist of Auschwitz: the heart-breaking and unforgettable international bestseller by Heather Morris
Heather Morris
Used - Very Good
Paperback
Zaffre
2018-10-04
352
N/A
Book picture is for illustrative purposes only, actual binding, cover or edition may vary.
This is a used book - there is no escaping the fact it has been read by someone else and it will show signs of wear and previous use. Overall we expect it to be in very good condition, but if you are not entirely satisfied please get in touch with us
Trustpilot