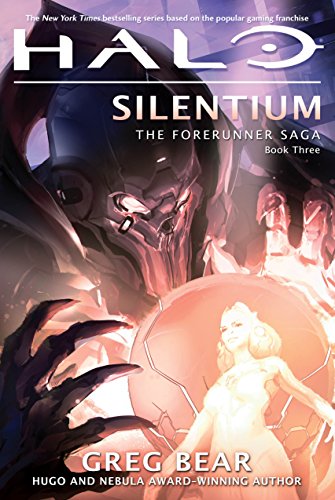 In the last years of the Forerunner empire, chaos rules. The Flood - a horrifying shape-changing parasite - has arrived in force, aided by unexpected allies. Internal strife within the ecumene has desperately weakened Forerunner defences.

Too little, too late, the legal rate of Juridicals is only now investigating possible crimes by the Master Builder and others. Evidence-gathering agents, known collectively as Catalog, have been dispatched to collect testimony from the Librarian and both Didacts: the Ur-Didact, treacherously abandoned in a Flood-infested system, and the Bornstellar Didact, who accompanies the Librarian as she preserves specimens against the dire possibility of Halo extermination.

Facing the imminent collapse of their civilization, the Librarian and Ur-Didact reveal what they know about the relationship between the long-vanished Precursors and the Flood. The Precursors created many technological species, including humanity and the Forerunners. But the roots of the Flood may be found in an act of enormous barbarity, carried out beyond our galaxy ten million years before.

Because of that barbarism, a greater evil looms. Only the Ur-Didact and the Librarian - husband and wife pushed into desperate conflict - hold the keys to a solution. Facing the consequences of a mythic tragedy, one of them must now commit the greatest atrocity of all time - to prevent an insane evil from dominating the entire universe.

Greg Bear is the author of more than thirty books of science fiction and fantasy. He is married to Astrid Anderson Bear and is the father of Erik and Alexandra. Awarded two Hugos and five Nebulas for his fiction, one of two authors to win a Nebula in every category, Bear has been called the 'Best working writer of hard science fiction' by 'The Ultimate Encyclopedia of Science Fiction'. Bear has served on political and scientific action committees and has advised Microsoft Corporation, the U.S. Army, the CIA, Sandia National Laboratories, Callison Architecture, Inc., Homeland Security, and other groups and agencies.
GOR005046344
9780230758322
0230758320
Halo: Silentium: Book Three of the Forerunner Trilogy by Greg Bear
Greg Bear
Used - Very Good
Paperback
Pan Macmillan
20130328
336
N/A
Book picture is for illustrative purposes only, actual binding, cover or edition may vary.
This is a used book - there is no escaping the fact it has been read by someone else and it will show signs of wear and previous use. Overall we expect it to be in very good condition, but if you are not entirely satisfied please get in touch with us
Trustpilot