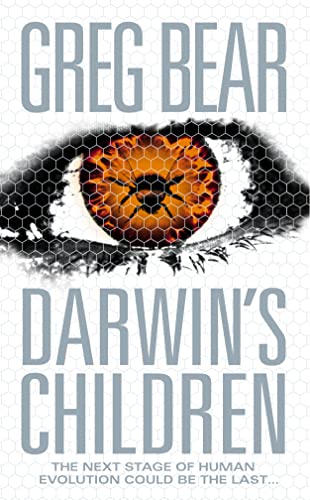 Stella Nova is one of the `virus children', a generation of genetically enhanced babies born a dozen years before to mothers infected with the SHEVA virus.

In fact, the children represent the next great evolutionary leap and a new species of human, Homo sapiens novus, but this is officially denied. They're gentle, charming and persuasive, possessed of remarkable traits. Nevertheless, they are locked up in special schools, quarantined from society, feared and reviled.

`Survival of the fittest' takes on a new dimension as the children reach puberty. Stella is one of the first to find herself attracted to another `virus child', but the authorities are watching and waiting for the opportunity to strike the next blow in their escalating war to preserve `humankind' at any cost.

`A gripping evolutionary thriller that combines cutting-edge science with a compelling storyline. It's a novel that stretches the envelope of known science - which is exactly what science fiction should do' P.D. Smith Guardian

'Bear's ability to tell a good story is surpassed only by his enthusasiam for the advancing edge of molecular biology ... he might just be anticipating the next giant leap in our understanding of evolution and ourselves' Nature

`GREG BEAR develops his characters extremely well, and there is plenty of action, too, in Darwin's Children ... Bear is very good at blending hard science, politics and fiction, and this is one of his strongest novels yet. Convincing, and at times depressing, it tackles the difficult question of whether a government gripped by prejudice and fear can be prevented from wiping out its perceived enemies' New Scientist

Greg Bear was born in 1951 and published his first short story sixteen years later. His first novel was published in 1979, and his most famous novels, Blood Music and Eon, emerged during the eighties and have now become established classics.

GOR001172026
9780007132386
0007132387
Darwin's Children by Greg Bear
Greg Bear
Used - Very Good
Paperback
HarperCollins Publishers
2004-05-07
480
N/A
Book picture is for illustrative purposes only, actual binding, cover or edition may vary.
This is a used book - there is no escaping the fact it has been read by someone else and it will show signs of wear and previous use. Overall we expect it to be in very good condition, but if you are not entirely satisfied please get in touch with us
Trustpilot