The Architecture of Sharpe, Paley and Austin Geoff Brandwood 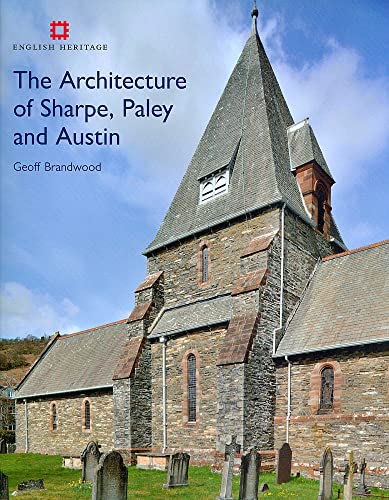 The Architecture of Sharpe, Paley and Austin by Geoff Brandwood

The practice was extraordinarily prolific and took on commissions for almost every imaginable building type - country houses, railways, schools, factories, an asylum and commercial premises in addition to the churches.

The Architecture of Sharpe, Paley and Austin by Geoff Brandwood

One of England's greatest Victorian architectural practices was based, not in London, but in the relatively quiet town of Lancaster. For just over a century the leading practice in the area was that of Sharpe, Paley and Austin. It was founded, just at the start of the Victorian Gothic Revival, by the remarkable, multi-talented Edmund Sharpe - architect, engineer, businessman, politician and winner of the Royal Institute of British Architect's Royal Gold Medal for his work in architectural history.

E G Paley developed the practice and took on in 1867 the man who elevated it to greatness - Hubert Austin, described as an architect of genius by Pevsner. The firm established a national reputation, especially for its many fine churches, ranging from great urban masterpieces to delightful country ones, which are imbued with the spirit of the Arts & Crafts movement.

The practice was extraordinarily prolific and took on commissions for almost every imaginable building type - country houses, railways, schools, factories, an asylum and commercial premises in addition to the churches.

The book explores with the aid of Austin's great-grandson, not only the firm's buildings but also a fascinating web of family and professional interconnections which provide the backdrop to the story. It is richly illustrated, including family photographs never previously published. This treatment will appeal to architectural historians, students of the architecture of the Victorian and Edwardian eras and social historians.

'An impressive selection of archival collections and inclusion of little-known historic material testify to the principal author's dedication, patience and research acumen.'
Ayla Lepine, The Victorian
'This long-awaited exposition is the most comprehensive account of Paley & Austin to date, and will remain the standard work of reference for many decades. It is a complex story, eloquently unravelled.'
Julian Litten, Church Times
'Published by English Heritage, the book's thoroughness and detail make it a remarkable account of how one firm and its principals influenced the architectural landscape of the North West, giving an interesting insight into Victorian history and legacy.'
Sian Peters, Virtual Lancaster
This is the first serious account of one of the greatest of all Northern architectural practices.
The Ancient Monuments Society Newsletter * Ancient Monuments Society Newsletter, Autumn 2012 *
Author, Richmond on Thames.

Note on geography and measurements

The Sharpe, Paley and Austin families and their connections

5. The last years of the practice: Harry Paley

Appendix 2 Pupils and other associated with the office

Appendix 4 Distant commissions and their origins

Appendix 5 Catalogue of works and projects

GOR011360971
9781848020498
184802049X
The Architecture of Sharpe, Paley and Austin by Geoff Brandwood
Geoff Brandwood
English Heritage
Used - Like New
Hardback
Historic England
20120610
296
N/A
Book picture is for illustrative purposes only, actual binding, cover or edition may vary.
The book has been read, but looks new. The book cover has no visible wear, and the dust jacket is included if applicable. No missing or damaged pages, no tears, possible very minimal creasing, no underlining or highlighting of text, and no writing in the margins
Trustpilot