The Nature Of The Beast Frances Fyfield 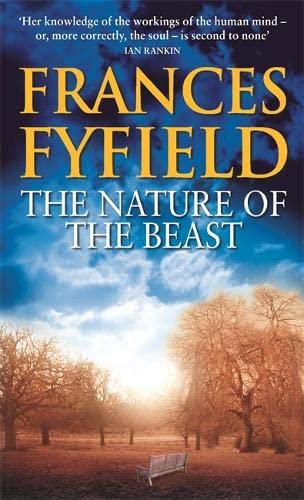 The Nature Of The Beast by Frances Fyfield

Why would someone, who had survived a rail crash, walk away from the scene and then pretend to be dead?

The Nature Of The Beast by Frances Fyfield

Douglas Petty is a man who enjoys his reputation as an unreconstructed male with a penchant for too much wine and too many women. Inheriting his father's eccentric estate and dog sanctuary quietened him a little, and marriage to Amy a little more. Even so, it seemed out of character for him a sue a tabloid newspaper for libel when it printed a scurrilous story about him.

His lawyers told him he had a good chance of winning the case, mainly because Amy's testimony would clearly refute the story. But then Amy is involved in a horrendous train crash and while the authorities assume she died in the resulting fire, there is no body to prove it. And if she wasn't killed why has she disappeared and, with no money and no other family, where is she?

In a story of mesmerising suspense, Amy slowly reveals why she cannot return to her beloved home, and why she can never escape from the lies she was told as a child.

...a mystery with global scope and consequences.... What makes this story most magical...is the perfect reminder of the dark side of human nature, but that side does not always win out. Penny is an expert at pulling away the surface of her characters to expose their deeper-and often ugly-layers, always doing so with a direct but compassionate hand * Kirkus Review *
Penny has created eleven different mystery novels and one novella, many of them bestsellers, that weave together the excitement of classic whodunits with the pleasure of small town life * TIME.COM *
Fyfield knows how to keep the reader gripped right until the end...an intriguing read. * MAIL ON SUNDAY *
A book that grips from the beginning. * SUNDAY TELEGRAPH *
A black but compelling thriller which keeps you guessing until the end. * SUNDAY EXPRESS *
Fyfield manages to tell a moving tale; wonderfully written and full of original moments. * THE TIMES *
Frances Fyfield is a criminal lawyer, a trade she has used to huge success in many of her novels. She lives in London and in Deal, by the sea which is her passion. She has won several awards, including the Silver Dagger.
GOR003822931
9780316857468
0316857467
The Nature Of The Beast by Frances Fyfield
Frances Fyfield
Used - Very Good
Hardback
Little, Brown & Company
2001-09-27
288
N/A
Book picture is for illustrative purposes only, actual binding, cover or edition may vary.
This is a used book - there is no escaping the fact it has been read by someone else and it will show signs of wear and previous use. Overall we expect it to be in very good condition, but if you are not entirely satisfied please get in touch with us
Trustpilot