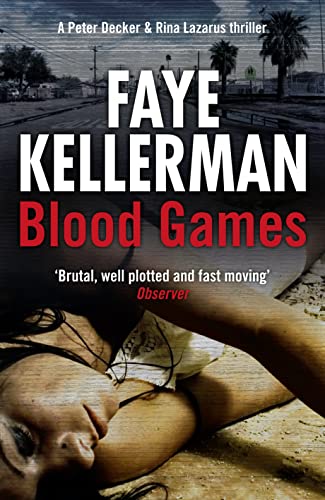 When fifteen-year-old Gregory Hesse is found dead, a single gunshot to his head, it appears to be a tragic suicide. But his mother refuses to accept the verdict and pleads for a police inquiry.

Detective Peter Decker of the LAPD, working the case, knows only too well what secret lives teenagers live. He and his wife Rina have recently become responsible for Gabe Whitman, an enigmatic and gifted teen, whose parents abandoned him.

Just weeks later, a sixteen-year-old girl enrolled at the same exclusive high school as Gregory commits suicide. Decker's probe into the lives of these privileged teenagers, uncovers a dark trail of twisted allegiances and unholy alliances. With the return of Gabe's father, former hit-man Chris Donnatti, the case takes an even more sinister turn...

'Kellerman is an excellent writer' The Times

'Brutal but thoughtful and well-plotted, fast-moving and well told' Observer

'Kellerman creates a claustrophobic atmosphere, against a background of seediness, violence and distrust' Sunday Telegraph

Faye Kellerman is the author of thirty-one novels, including twenty-two New York Times bestselling mysteries that feature the husband-and-wife team of Peter Decker and Rina Lazarus. She has also penned two bestselling short novels with her husband, New York Times bestselling author Jonathan Kellerman and teamed up with her daughter Aliza to co-write a young adult novel, Prism. She lives with her husband in Los Angeles, California, and Santa Fe, New Mexico.

GOR004955765
9780007424474
0007424477
Blood Games (Peter Decker and Rina Lazarus Series, Book 20) by Faye Kellerman
Faye Kellerman
Peter Decker and Rina Lazarus Series
Used - Very Good
Hardback
HarperCollins Publishers
2011-12-01
400
N/A
Book picture is for illustrative purposes only, actual binding, cover or edition may vary.
This is a used book - there is no escaping the fact it has been read by someone else and it will show signs of wear and previous use. Overall we expect it to be in very good condition, but if you are not entirely satisfied please get in touch with us
Trustpilot