To the Bright Edge of the World Eowyn Ivey 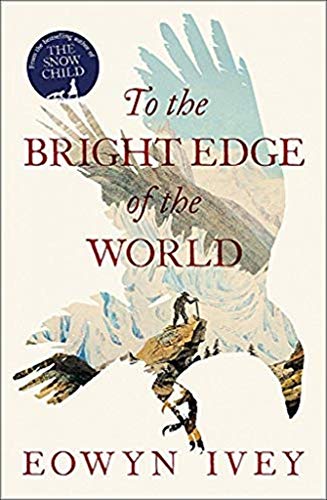 From the internationally bestselling author of THE SNOW CHILD comes an extraordinary story of discovery, adventure, and a husband and wife tested by the different paths their society expects them to tread.

Set in the Alaskan landscape that she brought to stunningly vivid life in THE SNOW CHILD (a Sunday Times bestseller, Richard and Judy pick and finalist for the Pulitzer Prize), Eowyn Ivey's TO THE BRIGHT EDGE OF THE WORLD is a breathtaking story of discovery set at the end of the nineteenth century, sure to appeal to fans of A PLACE CALLED WINTER.

'Persuasive and vivid... what could be a better beach read than an Arctic adventure?' Guardian

'Stunning and intriguing... the reader finishes it richer and wiser' Rosamund Lupton, author of Sister and The Quality of Silence

Lieutenant Colonel Allen Forrester receives the commission of a lifetime when he is charged to navigate Alaska's hitherto impassable Wolverine River, with only a small group of men. The Wolverine is the key to opening up Alaska and its rich natural resources to the outside world, but previous attempts have ended in tragedy.

Forrester leaves behind his young wife, Sophie, newly pregnant with the child he had never expected to have. Adventurous in spirit, Sophie does not relish the prospect of a year in a military barracks while her husband carves a path through the wilderness. What she does not anticipate is that their year apart will demand every ounce of courage and fortitude of her that it does of her husband.

A clever, ambitious novel * The Sunday Times *
A stunning and intriguing novel combining the epic adventurous sweep of Alaska with minutely beautifully observed details - the reader finishes it wiser and richer -- Rosamund Lupton
A dazzling depiction of love, endurance, courage and wonder, and a worthy successor to THE SNOW CHILD -- Ron Rash
Absorbing... a superior page turner * Daily Mail *
Absorbing... their love for each other is beautifully rendered * The Times *
If I read another novel this year that I love as much as this I will be entirely surprised. This is a very special book indeed and Eowyn Ivey is an incredibly gifted writer, bringing to us all the wonder, beautiful strangeness and fragility of the Alaska she loves -- Kate Atherton
Absorbing and highly imaginative... Ivey, clearly a writer of prodigious talent, effortlessly knits these elements together to create an utterly enchanting read. Part intrepid adventure, part deeply affecting romance, this first-class novel is, at its heart, a love letter to the 'vast and cold beauty' of the last frontier * Daily Express *
Enchanting... a fascinating, adventurous tale * Grazia *
A rich and involving story of endurance, love and the Alaskan wilderness that captured me from the off * Woman & Home *
Charming, whimsical and sometimes heat-breaking * Red *
Entrancing... In this splendid adventure novel, Ivey captures Alaska's beauty and brutality, not just preserving history, but keeping it alive * Publisher's Weekly *
Ivey's prose glitters...if this one doesn't win her a major award, I'll eat my trapper's hat * The Tablet *
Unique... absorbing * Stylist (Book Wars Winner) *
Beautifully lyrical * Sunday Express *
The precision of such descriptions of the natural world ground the novel in a gritty verisimilitude that then allows Ivey to build a fanciful, daring imaginative edifice: the meticulous realism of the foundation allows the fabulous elements of her fiction to soar * Guardian *
Eowyn Ivey's debut novel, THE SNOW CHILD, was published in twenty-six languages, and became an international bestseller. It was a finalist for the Pulitzer Prize 2013, and Eowyn won the International Author of the Year category at the 2012 National Book Awards. A former bookseller, Eowyn lives in Palmer, Alaska, with her family.
GOR007728170
9781472208606
1472208609
To the Bright Edge of the World by Eowyn Ivey
Eowyn Ivey
Used - Very Good
Hardback
Headline Publishing Group
2016-08-01
480
N/A
Book picture is for illustrative purposes only, actual binding, cover or edition may vary.
This is a used book - there is no escaping the fact it has been read by someone else and it will show signs of wear and previous use. Overall we expect it to be in very good condition, but if you are not entirely satisfied please get in touch with us
Trustpilot