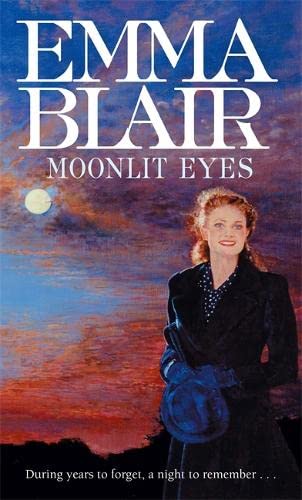 * The bestselling romance writer, Emma Blair, ventures to Islington in London in the 1930s.

When Pee Wee Poston and his wife Beulah are offered the chance to swap New York for London, they jump at the chance. Pee Wee, a highly talented saxophonist, has been asked to help launch a new jazz club in Soho. By accepting, the couple can be close to their son Julius, a high-flying diplomat at the American embassy.
The Postons settle in Islington, only to find that some locals dislike having a black family in the area. But from their new neighbours - Albert and Jess Sykes, their daughter Ellie and son Paul - they receive the sort of warm welcome Londoners are known for. Before long, they are firm friends - a commodity which, with war looming, grows more precious by the day.
As Hitler launches his bombing campaign on London, Pee Wee and his band play on, resolute in their defiance of the air raids. And then, in the middle of the tragedy and suffering, a moment of rare beauty blossoms. Julius plays one of his father's records, 'Moonlit Eyes', and asks Ellie to dance . . .

Emma Blair was a pen name for Scottish actor and author Iain Blair, who began writing in his spare time and whose first novel, Where No Man Cries, was published in 1982.

During a writing career spanning three decades he produced some thirty novels, but his true identity remained a secret until 1998 when his novel Flower of Scotland was nominated for the RNA Romantic Novel of the Year award.

He was one of Britain's most popular authors and his books among the most borrowed from libraries.
Iain Blair died in July 2011.

GOR003006788
9780751547696
0751547697
Moonlit Eyes by Emma Blair
Emma Blair
Used - Very Good
Paperback
Little, Brown Book Group
2011-06-02
512
N/A
Book picture is for illustrative purposes only, actual binding, cover or edition may vary.
This is a used book - there is no escaping the fact it has been read by someone else and it will show signs of wear and previous use. Overall we expect it to be in very good condition, but if you are not entirely satisfied please get in touch with us
Trustpilot