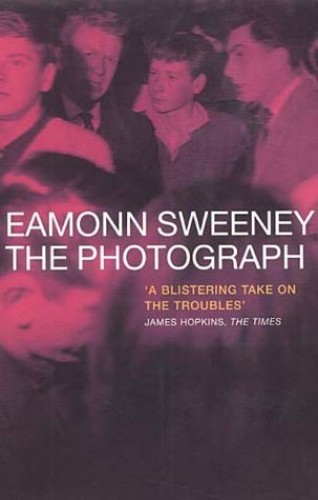 The Photograph by Eamonn Sweeney

The Photograph by Eamonn Sweeney

The Photograph sets out to retrace the stories of four men: Henry Caslin, former dance-hall owner and later Taoiseach of the Irish Republic; Jimmy Mimnagh, ruthless businessman, failed politician, hopeless drunkard; Seamus McKeon, a successful journalist and TV personality; and finally Father Gerry Lee, a priest with a predilection for very young children and strong links to the IRA. With compassion and clarity Sweeney draws his masterful portraits, tracing the four men from their humble beginnings through four decades of public and private life. An extraordinarily rich narrative emerges, in which the personal stories of the central characters and the larger issues of Irish national politics and identity are woven together to show the heights and depths, the ambiguities and the certainties, the comedy and the tragedy of half a century of Irish life.

`A blistering take on the Troubles' The Times

`The finest book of fiction yet to examine the dirty reality that lay behind caring Catholic Ireland in the second half of the twentieth century . . . One of the most promising Irish writers of his generation' Sunday Tribune (Dublin).

Eamonn Sweeney was born in Sligo in 1968. His novels are Waiting for the Healer (1998) and The Photograph (2000). He lives in Co Cork.
GOR005927906
9780330480840
0330480847
The Photograph by Eamonn Sweeney
Eamonn Sweeney
Used - Very Good
Paperback
Pan Macmillan
2001-07-06
320
N/A
Book picture is for illustrative purposes only, actual binding, cover or edition may vary.
This is a used book - there is no escaping the fact it has been read by someone else and it will show signs of wear and previous use. Overall we expect it to be in very good condition, but if you are not entirely satisfied please get in touch with us
Trustpilot