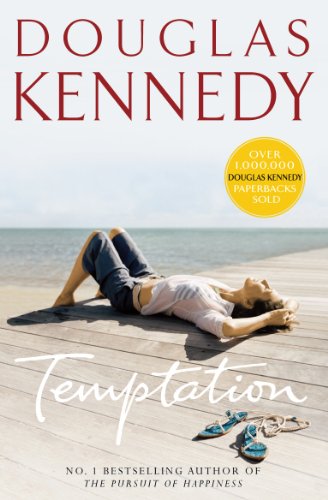 David Armitage - husband, father and failure - has lived the life of an unsuccessful screenwriter for eleven years. When one of his scripts is bought for television, David's life is transformed, more dramatically than he could have ever imagined.

David Armitage - husband, father and failure - has lived the life of an unsuccessful screenwriter for eleven years. When one of his scripts is bought for television, David's life is transformed, more dramatically than he could have ever imagined. An overnight success and suddenly the toast of Tinseltown, David's upward trajectory finally gives him everything he had ever hoped for.

New found success means total reinvention, and initiation into the Hollywood world of high-flyers. Life for David quickly becomes a heady rush of celebrities, parties and women - but everything comes at a price. Walking out on his wife and daughter, David climbs to dizzy new heights, brimming with luxury, opulence and scandal. But before long a dark figure casts a shadow on the horizon. When an influential film director presents David with an offer, the opportunity of a lifetime - could this temptation be one that jeopardises everything David has worked for.

Enthralling, vivid and addictive, Douglas Kennedy's Temptation masterfully explores the destructive power of success,and the choices we have to make between personal gain and the people closest to our hearts.

A finger-scorching page-turner * Daily Mail *
This is Kennedy at his brilliant best * Daily Mirror *
If you haven't discovered Douglas Kennedy yet, it's about time you found out what you've been missing... Where Kennedy excels is in creating fundamentally flawed characters who are still likeable * Glamour *
Kennedy is a clever learned writer, with a beguiling lightness of touch * The Times *
Kennedy proves himself an agile and entertaining storyteller. His love stories are mature... and informed by a sympathetic sensibility that would not be out of place in a John Irving novel * Independent *

Douglas Kennedy's previous twelve novels include the critically acclaimed bestsellers The Big Picture, The Pursuit of Happiness, A Special Relationship and The Moment. He is also the author of three highly-praised travel books. The Big Picture was filmed with Romain Duris and Catherine Deneuve; The Woman in the Fifth with Ethan Hawke and Kristin Scott Thomas.

His work has been translated into twenty-two languages. In 2007 he was awarded the French decoration of Chevalier de l'Ordre des Arts et des Lettres, and in 2009 the inaugural Grand Prix de Figaro. Born in Manhattan in 1955, he has two children and currently divides his time between London, Paris, Berlin, Maine and New York.

GOR000268885
9780099469261
009946926X
Temptation by Douglas Kennedy
Douglas Kennedy
Used - Very Good
Paperback
Cornerstone
2007-06-01
400
N/A
Book picture is for illustrative purposes only, actual binding, cover or edition may vary.
This is a used book - there is no escaping the fact it has been read by someone else and it will show signs of wear and previous use. Overall we expect it to be in very good condition, but if you are not entirely satisfied please get in touch with us
Trustpilot