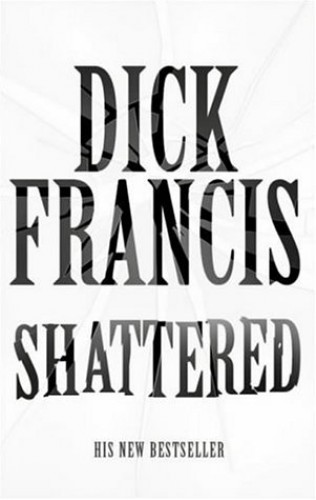 When jockey Martin Stukely dies following a fall at Cheltenham, his friend Gerard Logan becomes embroiled in a perilous search for a stolen videotape.

Logan, half artist, half artisan, is a glass blower on the verge of widespread acclaim for the originality and ingenuity of his work. Long accustomed to the frightful dangers inherent in molten glass and in maintaining a glass-making furnace at never less than eighteen hundred degrees Fahrenheit, Logan is suddenly faced with a series of unexpected and terrifying new threats to his business, his courage and his life.

Believing the missing video tape to hold some sort of key to a priceless treasure, and wrongly convinced that Logan knows where to find it, a group of villains sets out to force from him the information he doesn't have. Narrowly escaping these attacks, Logan reckons that to survive he must himself find out the truth. The journey is thorny, and the final race to the tape throws more hurdles and more hazards in Logan's way than his dead jockey friend could ever have imagined.

Dick Francis has written forty international bestsellers and is widely acclaimed as one of the world's finest thriller writers. In 1996 Dick Francis was made a Mystery Writers of America Grand Master for a lifetime's achievement.
GOR003129958
9780330483346
033048334X
Shattered by Dick Francis
Dick Francis
Used - Very Good
Paperback
Pan Macmillan
2001-09-07
304
N/A
Book picture is for illustrative purposes only, actual binding, cover or edition may vary.
This is a used book - there is no escaping the fact it has been read by someone else and it will show signs of wear and previous use. Overall we expect it to be in very good condition, but if you are not entirely satisfied please get in touch with us
Trustpilot