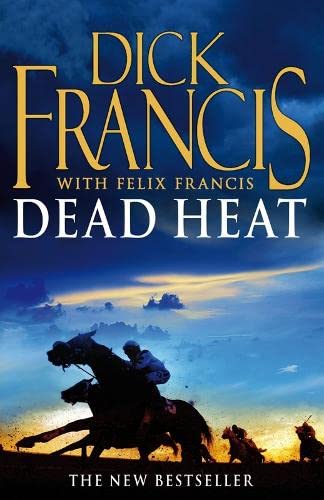 The night before the 2,000 Guineas at Newmarket the horse-racing community gathered for a black-tie Gala dinner. Max is something of a celebrity in Newmarket circles. He is founder of the racing town's favourite Michelin-starred restaurant, the Hay Net. However, spending the night retching in the throes of agony is the last thing Max expects.

`I wondered if I was dying. I wasn't afraid to die but, such was the pain in my gut, I wished it would happen soon.'

The night before the 2,000 Guineas at Newmarket sees the great and the good of the horse-racing community gathered for a prestigious black-tie Gala dinner. It is a fitting testament to the glamour of the occasion that top chef Max Moreton is cooking the evening's meal.

Max is something of a celebrity in Newmarket circles. He is founder of the racing town's favourite Michelin-starred restaurant, the Hay Net. However, spending the night retching in the throes of agony is the last thing Max expects. But much worse is to come...his food is suspected of putting twenty-four of the dinner guests in hospital. Max's pride and professionalism tells him all is not as it seems.

Within hours, Max's restaurant is forcibly closed, his reputation teeters on the brink of ruin, and a court case looms. But the day is far from over, and soon Max Moreton finds himself desperately fighting for more than just his livelihood...

Dead Heat is the latest searing, intrigue-filled blockbuster from the Grand Master of thriller writing.

Dick Francis (Author)
Dick Francis was one of the most successful post-war National Hunt jockeys. The winner of over 350 races, he was champion jockey in 1953/1954 and rode for HM Queen Elizabeth, the Queen Mother, most famously on Devon Loch in the 1956 Grand National. On his retirement from the saddle, he published his autobiography, The Sport of Queens, before going on to write forty-three bestselling novels, a volume of short stories (Field of 13), and the biography of Lester Piggott.

During his lifetime Dick Francis received many awards, amongst them the prestigious Crime Writers' Association's Cartier Diamond Dagger for his outstanding contribution to the genre, and three 'best novel' Edgar Allan Poe awards from The Mystery Writers of America. In 1996 he was named by them as Grand Master for a lifetime's achievement. In 1998 he was elected a fellow of the Royal Society of Literature, and was awarded a CBE in the Queen's Birthday Honours List of 2000.

Dick Francis died in February 2010, at the age of eighty-nine, but he remains one of the greatest thriller writers of all time.

Felix Francis is the younger son of crime writer and National Hunt jockey Dick Francis, and over the past forty years Felix assisted Dick with both the research and the writing of many of his novels. Felix's love of racing, writing talent, and knowledge and experience as a physics teacher was invaluable in the father-and-son writing partnership.

GOR000389166
9780718153656
0718153650
Dead Heat by Dick Francis
Dick Francis
Francis Thriller
Used - Very Good
Hardback
Penguin Books Ltd
2007-09-06
384
N/A
Book picture is for illustrative purposes only, actual binding, cover or edition may vary.
This is a used book - there is no escaping the fact it has been read by someone else and it will show signs of wear and previous use. Overall we expect it to be in very good condition, but if you are not entirely satisfied please get in touch with us
Trustpilot