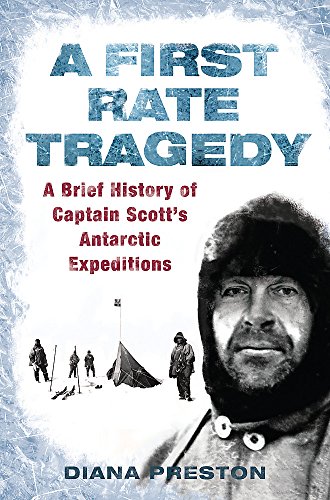 Diana Preston's brilliant account of the tragic adventure of survival in the frozen antartic has been updated and revised to coincide with the 100th anniversary of Scott's death.

On November 12, 1912, a rescue team trekking across Antarctica's Great Ice Barrier finally found what they sought - the snow-covered tent of the British explorer Robert Falcon Scott. Inside, they made a grim discovery: Scott's frozen body lay between the bodies of two fellow explorers. They had died just eleven miles from the depot of supplies which might have saved them.

Why did Scott's meticulously laid plans finally end in disaster, while his rival, Norwegian Roald Amundsen, returned safely home with his crew after attaining the Pole only days before the British team?

In a newly revised and updated version of her original book, Diana Preston, returns to Antarctica and explores why Scott's carefully planned expedition failed, ending in tragedy.

A first rate book. * Sunday Times *
Absorbing and moving. * New York Times *
Penetrating and brilliantly compelling. * Philadelphia Inquirer *
A first rate book. * TLS *
As dramatic and as empathetic as a novel, as informative as a history book. * Frankfurter Neue Presse *
Born and raised in London, Diana Preston studied Modern History at Oxford University. She is the author a number of highly regarded popular histories, such as The Road to Culloden Moor: Bonnie Prince Charlie and the '45 Rebellion; Lusitania: An Epic Tragedy andBefore The Fallout: From Marie Curie to Hiroshima. She lives in London.
GOR004160782
9781849017244
1849017247
A First Rate Tragedy: A Brief History of Captain Scott's Antarctic Expeditions by Diana Preston
Diana Preston
Used - Very Good
Paperback
Little, Brown Book Group
2012-02-16
384
N/A
Book picture is for illustrative purposes only, actual binding, cover or edition may vary.
This is a used book - there is no escaping the fact it has been read by someone else and it will show signs of wear and previous use. Overall we expect it to be in very good condition, but if you are not entirely satisfied please get in touch with us
Trustpilot