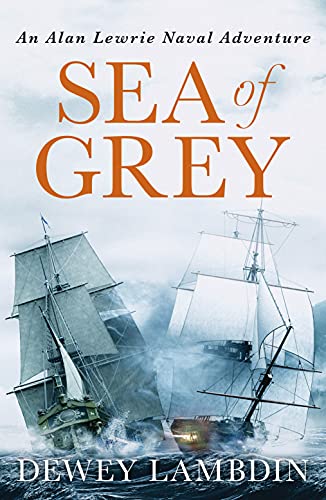 Sea of Grey by Dewey Lambdin

Sea of Grey by Dewey Lambdin

Alan Lewrie is still captain of the HMS Proteus, one of the British Navy's newest frigates. But Lewrie's amorous escapade comes back to haunt him when an unidentified individual writes to his wife Caroline, outlining some of the finer points in his illustrious past.

But Lewrie already has his hands full as he and Proteus are assigned to the Caribbean Sea to intercept French and Dutch traders, only to become involved in the slaves' revolt in Haiti. Beset and distracted though he might be, it will take all of Lewrie's pluck, daring, skill, and his usual tongue-in-cheek deviousness, to navigate all the perils in a sea of grey.

Tenth in The Alan Lewrie Naval adventures, Sea of Grey will appeal to fans of Iain Gale and George MacDonald Fraser.

NGR9781800325258
9781800325258
1800325258
Sea of Grey by Dewey Lambdin
Dewey Lambdin
The Alan Lewrie Naval Adventures
New
Paperback
Canelo
20210722
400
N/A
Book picture is for illustrative purposes only, actual binding, cover or edition may vary.
This is a new book - be the first to read this copy. With untouched pages and a perfect binding, your brand new copy is ready to be opened for the first time
Trustpilot