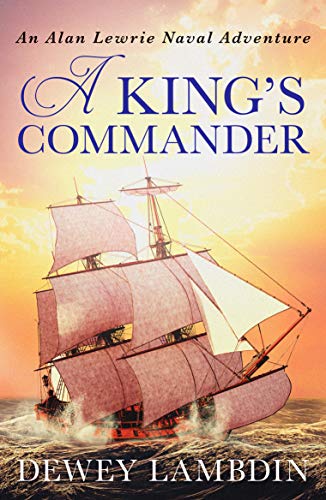 A King's Commander by Dewey Lambdin

A King's Commander by Dewey Lambdin

Alan Lewrie is now commander of his own ship, HMS Jester, which participates in the spectacular British victory over the French at the famous battle known as The Glorious First of June.

From there Lewrie is dispatched to the Mediterranean to inform Admiral Hood of the French defeat. Under Hood's inspired leadership, Lewrie assists in the conquest of Corsica, but Hood is soon replaced by the maddeningly cautious Admiral Hotham.

Only alongside one Horatio Nelson does Lewrie again find his chance to be of service in a series of fierce battles along the French coast. And it is along that same coast that he hears once again of an old enemy, the French commander Guillaume Choundas.

Seventh in The Alan Lewrie Naval Adventures, The King's Commander is perfect for fans of Patrick O'Brian, Julian Stockwin and C.S. Forester.

GOR011304550
9781800320178
1800320175
A King's Commander by Dewey Lambdin
Dewey Lambdin
The Alan Lewrie Naval Adventures
Used - Very Good
Paperback
Canelo
20210225
400
N/A
Book picture is for illustrative purposes only, actual binding, cover or edition may vary.
This is a used book - there is no escaping the fact it has been read by someone else and it will show signs of wear and previous use. Overall we expect it to be in very good condition, but if you are not entirely satisfied please get in touch with us
Trustpilot