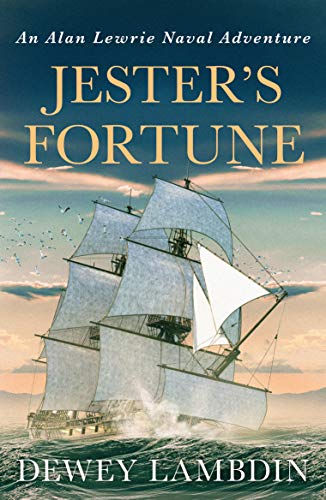 All the technical details and swashbuckling action scenes readers have come to expect from Dewey Lambdin.

Fresh from his successes along the French coast, Commander Alan Lewrie is dispatched to the Adriatic to patrol the shores of Italy and intercept any French ships trying to reinforce Napoleon's armies.

The four ship squadron the HMS Jester has joined emerge victorious from the first few skirmishes, but it soon becomes evident, even to Lewrie, that the British forces need reinforcements.

The aid they receive, however, might be the most terrifying aspect of the war yet... and a lethal mistake.

GOR011343325
9781800320192
1800320191
Jester's Fortune by Dewey Lambdin
Dewey Lambdin
The Alan Lewrie Naval Adventures
Used - Very Good
Paperback
Canelo
20210225
400
N/A
Book picture is for illustrative purposes only, actual binding, cover or edition may vary.
This is a used book - there is no escaping the fact it has been read by someone else and it will show signs of wear and previous use. Overall we expect it to be in very good condition, but if you are not entirely satisfied please get in touch with us
Trustpilot