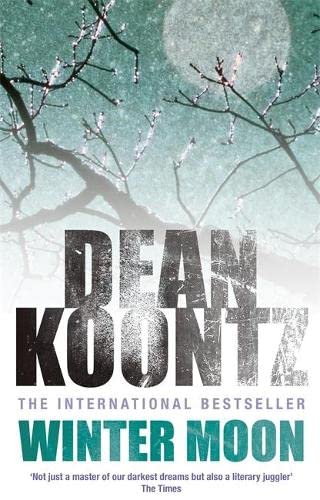 In this powerful novel from internationally bestselling author Dean Koontz, the tension builds to a stunning climax

Eduardo is a lonely retiree living on his isolated Montana ranch. His life is peaceful, until one night he is awakened by a fearful throbbing sound and eerie lights in the woods. More mysterious and disturbing events follow over the next few months. Eduardo begins to fear for his sanity and his life, until the terrible night when someone - or something - knocks on his back door...

One lovely spring morning in Los Angeles, cop Jack McGarvey is hammered by submachine-gun fire when a madman goes berserk. He barely survives. Jack longs to move his wife and son to a more peaceful place away from the city, but he feels utterly powerless and without prospects. In their hour of desperation, the McGarvey family receives an unexpected inheritance in the shape of a sprawling ranch in one of the most beautiful, peaceful places in the country: Montana.

The family sets out from Los Angeles to begin their new life, unaware that the terror-riddled city will soon seem like a safe haven compared to what lies ahead.

WINTER MOON is inspired by the author's short novel, INVASION, published under the pseudonym Aaron Wolfe.

"America's most popular suspense novelist."
-- "Rolling Stone
Don't miss the latest thriller by Dean Koontz:
From the Corner of His Eye
"Viscerally exciting ... An extended, tense tour de force ... An expertly crafted, ornate suspenser ... Koontz fans will love it."
-- "Publishers Weekly (starred review)
And his other Bantam bestsellers:
False Memory
Seize the Night
Fear Nothing
Sole Survivor
Intensity
Dark Rivers of the Heart
Icebound
Ticktock
Dean Koontz is an international household name whose novels have sold many millions of copies worldwide and have appeared on national and international bestseller lists, selling millions of copies each year. He lives with his wife Gerda, their dog Anna and the enduring spirit of their dog Trixie in southern California.
GOR000605853
9780747242895
0747242895
Winter Moon: A brilliant thriller of heart-stopping suspense by Dean Koontz
Dean Koontz
Used - Very Good
Paperback
Headline Publishing Group
1994-02-01
480
N/A
Book picture is for illustrative purposes only, actual binding, cover or edition may vary.
This is a used book - there is no escaping the fact it has been read by someone else and it will show signs of wear and previous use. Overall we expect it to be in very good condition, but if you are not entirely satisfied please get in touch with us
Trustpilot