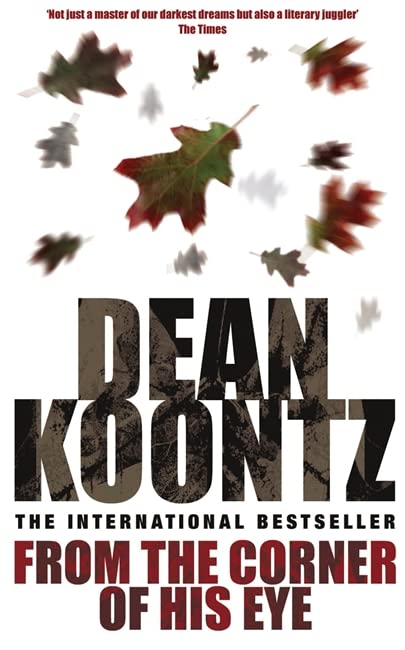 From the Corner of his Eye by Dean Koontz

A breathtaking thriller of mystical suspense and terror

From the Corner of his Eye: A breath-taking thriller of mystical suspense and terror by Dean Koontz

Bartholomew Lampion was blinded at the age of three, when surgeons reluctantly removed his eyes to save him from a fast-spreading cancer. But although eyeless, Barty regained his sight when he was thirteen.

This sudden ascent from a decade of darkness into the glory of light was not brought about by a holy healer. No celestial trumpets announced the restoration of his vision, just as none had announced his birth.

A rollercoaster had something to do with his recovery, as did a seagull. And you can't discount Barty's profound desire to make his mother proud of him before she died.