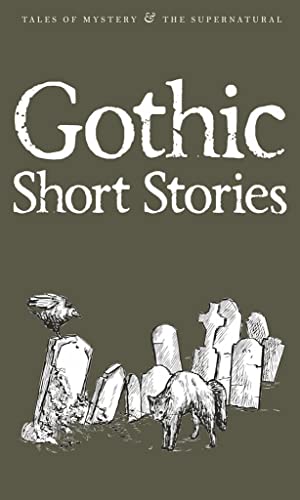 This collection contains works by such writers as Poe, Hawthorne, Gaskell, Dickens and M.R. James. It brings together stories from the earliest decades of Gothic writing with later 19th and early 20th century tales.

Selected and Edited with an Introduction and Notes by David Blair, University of Kent at Canterbury.

Late in the eighteenth century authors began to write 'Gothic' stories as a way of putting literature back in touch with the irrational, the supernatural and the bizarre, which had been neglected in the 'Age of Reason'.

This superb new collection brings together stories from the earliest decades of Gothic writing with later 19th and early 20th century tales from the period in which Gothic diversified into the familiar forms of the ghost- and-horror-story. Work by writers such as Poe, Dickens, Hawthorne, Gaskell and M. R. James appears alongside that of anonymous writers from the start of the period and many lesser-known authors from Britain and America. Some of these stories, like the haunting 'The Lame Priest' are 'lost masterpieces' and several have never been anthologised before. Together they cover the spectrum of Gothic story-telling - tales of madness and violence, of shape-shifters and spectres, that express some of the deepest fears of the human mind - insanity, sexuality, death and the often terrible power of the past to catch up with the present.

In a lively, authoritative introduction David Blair provides fresh insights and a detailed commentary on the stories' place in the complex traditions of Gothic writing in British and American literature.

GOR000604032
9781840224252
1840224258
Gothic Short Stories by David Blair
David Blair
Tales of Mystery & The Supernatural
Used - Very Good
Paperback
Wordsworth Editions Ltd
20020905
272
N/A
Book picture is for illustrative purposes only, actual binding, cover or edition may vary.
This is a used book - there is no escaping the fact it has been read by someone else and it will show signs of wear and previous use. Overall we expect it to be in very good condition, but if you are not entirely satisfied please get in touch with us
Trustpilot