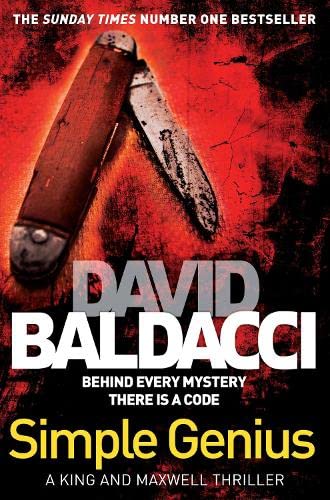 Sean King and Michelle Maxwell are both haunted by their last case. Realizing that Michelle is teetering on the brink of self-destruction from long-buried demons, Sean arranges therapy for his reluctant partner. But instead of focusing on her recovery, Michelle unearths disturbing secrets in the hospital . . .

Meanwhile Sean, down on his luck, accepts a much-needed job. A physicist, Monk Turing, has died in mysterious circumstances near Babbage Town - a secretive establishment populated by an eccentric group of scientists and cryptographers, funded by an anonymous but powerful group.

The dead man's young daughter, piano-playing prodigy Viggie, has secrets of her own. But what is the significance of the phrase `codes and blood'?

Directly across the York River from Babbage Town lies the sinister CIA training ground, Camp Peary, where Monk Turing's body was found. With both the FBI and CIA having Sean in their crosshairs, can he discover the truth? And will he be in time to save Michelle from herself?

David Baldacci is the author of fifteen previous consecutive New York Times bestsellers. With his books published in over 40 languages in more than 80 countries, and with nearly 70 million copies in print, he is one of the world's favourite storytellers.
GOR000275640
9780330450973
0330450972
Simple Genius by David Baldacci
David Baldacci
King and Maxwell
Used - Very Good
Paperback
Pan Macmillan
2007-11-02
400
N/A
Book picture is for illustrative purposes only, actual binding, cover or edition may vary.
This is a used book - there is no escaping the fact it has been read by someone else and it will show signs of wear and previous use. Overall we expect it to be in very good condition, but if you are not entirely satisfied please get in touch with us
Trustpilot