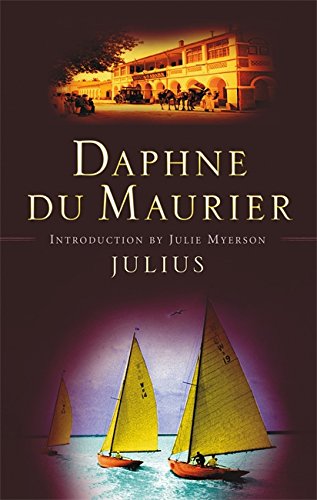 A chilling story of ambition, Daphne du Maurier's third novel has lost none of its ability to unsettle and disturb.

'His first instinct was to stretch out his hands to the sky. The white clouds seemed so near to him, surely they were easy to hold and to caress, strange-moving things belonging to the wide blue space of heaven . . . '

Julius Levy grows up in a peasant family in a village on the banks of the Seine. A quick-witted urchin caught up in the Franco-Prussian War, he is soon forced by tragedy to escape to Algeria. Once there, he learns the ease of swindling, the rewards of love affairs and the value of secrecy.

Before he's twenty, he is in London, where his empire-building begins in earnest, and he becomes a rich and very ruthless man. Throughout his life, Julius is driven by a hunger for power, his one weakness his daughter, Gabriel . . .

A chilling story of ambition, Daphne du Maurier's third novel has lost none of its ability to unsettle and disturb.

She wrote exciting plots, she was highly skilled at arousing suspense, and she was, too, a writer of fearless originality * Guardian *
One of the last century's most original literary talents * Daily Telegraph *

GOR001164753
9781844080687
1844080684
Julius by Daphne Du Maurier
Daphne Du Maurier
Virago Modern Classics
Used - Very Good
Paperback
Little, Brown Book Group
2004-03-04
320
N/A
Book picture is for illustrative purposes only, actual binding, cover or edition may vary.
This is a used book - there is no escaping the fact it has been read by someone else and it will show signs of wear and previous use. Overall we expect it to be in very good condition, but if you are not entirely satisfied please get in touch with us
Trustpilot