After the Party Cressida Connolly 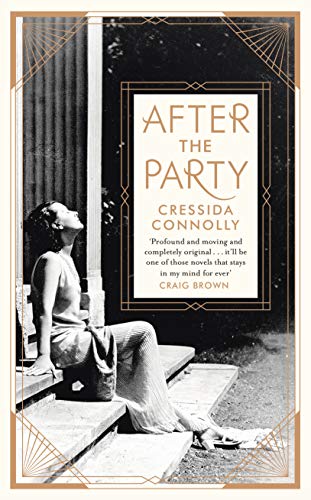 After the Party by Cressida Connolly

After the Party by Cressida Connolly

'Had it not been for my weakness, someone who is now dead could still be alive. That is what I believed and consequently lived with every day in prison.'

It is the summer of 1938 and Phyllis Forrester has returned to England after years abroad. Moving into her sister's grand country house, she soon finds herself entangled in a new world of idealistic beliefs and seemingly innocent friendships. Fevered talk of another war infiltrates their small, privileged circle, giving way to a thrilling solution: a great and charismatic leader, who will restore England to its former glory.

At a party hosted by her new friends, Phyllis lets down her guard for a single moment, with devastating consequences. Years later, Phyllis, alone and embittered, recounts the dramatic events which led to her imprisonment and changed the course of her life forever.

Powerful, poignant, and exquisitely observed, After the Party is an illuminating portrait of a dark period of British history which we are yet to fully acknowledge.

Profound and moving and completely original, with a storyline that is completely satisfying. It'll be one of those novels that stays in my mind forever... it's a work of art -- Craig Brown
I finished it in two days flat and I've never read anything quite like it. Everything about the book rings true, politically, psychologically, and in period detail, from the sunny beginnings to the grim end -- Hilary Spurling
A wonderfully subtle and interesting account of the Mosley women, with a compelling voice -- Linda Grant
Wonderful, tragicomic... beautifully researched -- Kate Saunders * The Times *
One of the best books published this year * The Lady *
Uncanny, evocative.... Connolly skilfully sets scenes in pared yet atmospheric prose * Sunday Times *
Connolly gives an object lesson in how to tell a story in a non-judgmental way. The result is a brave, engrossing and unexpectedly moving novel * Mail on Sunday *
Polished and reflective... a salutary masterclass on the values that really matter * Country Life *
This historical novel is an absorbing, nuanced look at extremism dressed up with social niceties and class privilege, and is sure to resonate today * Stylist *
In her latest novel, Cressida Connolly expertly evokes a changing nation, and a woman whose life is altered forever * Vogue *
Connolly [is] an unerring storyteller who excels at both period and place * Daily Mail *
[A] virtuoso novel * Telegraph Magazine *
A wonderfully acute writer -- Allison Pearson * Sunday Telegraph Summer Reads *
Connolly has tremendous fun with her posh characters' class-obsessed milieu, but the privations of Holloway Prison, with its rope-thick dust, bone-chilling cold and maggoty food, are equally sharply drawn * Daily Mail Summer Reads *
Deeply impressive.... quietly devastating tale of world affairs played out on an intimate scale * Metro *
Connolly is a terrifically subtle writer... [she] slyly sweeps her readers into the period drama as tensions tauten between families and social classes * Daily Telegraph, Five Stars *
Chilling * Spectator *
Cressida Connolly is a reviewer and journalist, who has written for Vogue, the Telegraph, the Spectator, the Guardian and numerous other publications. Cressida is the author of three books: The Happiest Days, which won the MacMillan/PEN Award, The Rare and the Beautiful and My Former Heart. Cressida is the daughter of writer Cyril Connolly. She lives in Worcestershire.
GOR011958890
9780241327722
0241327725
After the Party by Cressida Connolly
Cressida Connolly
Used - Like New
Paperback
Penguin Books Ltd
2018-06-07
272
N/A
Book picture is for illustrative purposes only, actual binding, cover or edition may vary.
The book has been read, but looks new. The book cover has no visible wear, and the dust jacket is included if applicable. No missing or damaged pages, no tears, possible very minimal creasing, no underlining or highlighting of text, and no writing in the margins
Trustpilot