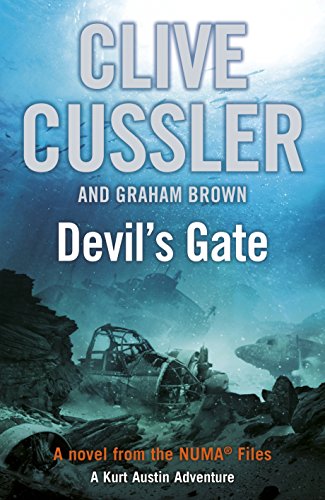 A Japanese cargo ship cruises the eastern Atlantic near the Azores - when it bursts into flames.

A gang of pirates speeds to take advantage of the disaster - when their boat explodes.

What is happening in that part of the world?

As Kurt Austin, Joe Zavala, and the rest of NUMA's Special Assignments Team rush to investigate, they find themselves drawn into the extraordinary ambitions of an African dictator, the creation of a weapon of almost mythical power, and an unimaginably audacious plan to extort the world's major nations.

Their penalty for refusal? The destruction of their greatest cities.

Clive Cussler was the author and co-author of a great number of international bestsellers, including the famous Dirk Pitt (R) adventures, such as Celtic Empire; the NUMA (R) Files adventures, most recently The Rising Sea; the Oregon Files, such as Shadow Tyrants; the Isaac Bell historical thrillers, which began with The Chase; and the recent Fargo Adventures, which lastly included The Oracle. Cussler died in February 2020. Graham Brown is the author of Black Rain and Black Sun, and the co-author with Cussler of Devil's Gate, The Storm, Zero Hour, Ghost Ship, The Pharaoh's Secret, Nighthawk and The Rising Sea. A pilot and an attorney, he lives in Arizona.
GOR003846410
9780718156466
0718156463
Devil's Gate: NUMA Files #9 by Clive Cussler
Clive Cussler
The NUMA Files
Used - Very Good
Paperback
Penguin Books Ltd
2011-11-15
480
N/A
Book picture is for illustrative purposes only, actual binding, cover or edition may vary.
This is a used book - there is no escaping the fact it has been read by someone else and it will show signs of wear and previous use. Overall we expect it to be in very good condition, but if you are not entirely satisfied please get in touch with us
Trustpilot