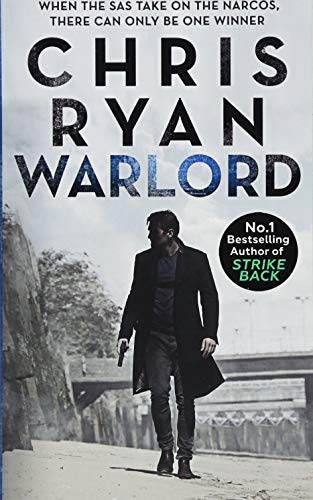 When the SAS takes on the Narcos there can be only one winner.

The fifth book in the Danny Black series.

On the border of the United States and Mexico, a war is raging that can never be won by conventional means.

The drug cartels are rampant. Their victims number in the tens of thousands. Men, women and children are butchered in the most obscene ways imaginable. Of all the cartels, the most violent is Los Zetas. Originally made up of former Mexican special forces turned bad, they are perhaps the most ruthless and highly trained criminals in the world.

Which is why only the most ruthless and highly trained operatives can ever hope to be a match for them.

When the CIA reaches out to the British military for help, SAS legend Danny Black and his team are despatched to give the Zetas a taste of their own medicine. Working deniably and under the radar, their mission is to sow death and mayhem among the cartel, and to coax out from hiding their elusive leader, the iconic Z1.

But as Danny is about to find out, the arm of the cartel is long, their sickening strategies underhand and brutal. And in the dog eat dog world of this clandestine, bloodthirsty war, nothing is ever quite as it seems.

It will take all the SAS team's skill to break through to the heart of the cartel. And even that might not be enough...

The action comes bullet-fast and Ryan's experience of covert operations flash through the high-speed story like tracer rounds. * The Sun *
Praise for Chris Ryan * : *
A shockingly authentic tale to keep your adrenaline pumping as fast as the blood on the pages. * The Sun *
Nobody takes you to the action better than Ryan, because he's the real deal, and this muscle-and-bone thriller will have fans' blood pumping. * Evening Standard *
Ryan chooses fiercely up-to-the-minute plots, and laces them with an exceptional eye for detail and insider knowledge ... Fearsome and fast-moving. * Daily Mail *

Former SAS corporal and the only man to escape death or capture during the Bravo Two Zero operation in the 1991 Gulf War, Chris Ryan turned to writing thrillers to tell the stories the Official Secrets Act stops him putting in his non-fiction. His novels have gone on to inspire the Sky One series Strike Back.

Born near Newcastle in 1961, Chris Ryan joined the SAS in 1984. During his ten years there he was involved in overt and covert operations and was also sniper team commander of the anti-terrorist team. During the Gulf War, Chris Ryan was the only member of an eight-man unit to escape from Iraq, where three colleagues were killed and four captured. It was the longest escape and evasion in the history of the SAS. For this he was awarded the Military Medal.

He wrote about his experiences in the bestseller The One That Got Away, which was adapted for screen, and since then has written three other works of non-fiction, over twenty bestselling novels and a series of childrens' books.

GOR009493893
9781473670044
1473670047
Warlord: Danny Black Thriller 5 by Chris Ryan
Chris Ryan
Danny Black
Used - Very Good
Paperback
Hodder & Stoughton
2018-04-19
400
N/A
Book picture is for illustrative purposes only, actual binding, cover or edition may vary.
This is a used book - there is no escaping the fact it has been read by someone else and it will show signs of wear and previous use. Overall we expect it to be in very good condition, but if you are not entirely satisfied please get in touch with us
Trustpilot