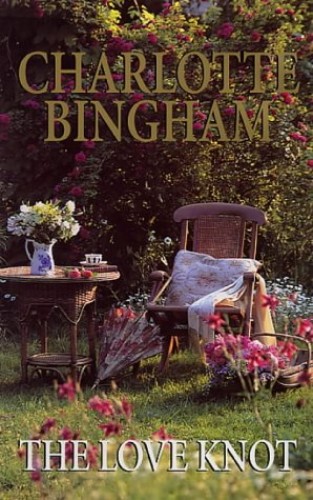 The Love Knot by Charlotte Bingham

This romantic novel follows the fortunes of three very different young women who are in love in Victorian times. That all three determine on making their own way at a time when to be independent was to risk social ostracism, is partly due to the influence each comes to have on the others' lives.

The Love Knot by Charlotte Bingham

Following the death of her seventeen-year-old mother in childbirth, Leonie Lynch is brought up in London's Eastgate Street by foster parents through the auspices of her godmother, the redoubtable Mrs Dodd, her living expenses provided for by her young mother's friend, Lady Angela Bentick.

Mrs Dodd turns to Lady Angela when her godchild is nearing her eighteenth birthday. Lady Angela runs a fashionable nursing home and can provide Leonie with a profession, whilst Mrs Dodd offers her accommodation. Upon joining Lady Angela's staff as a nurse, Leonie meets our two other heroines - Mercy Cordel and Dorinda Montgomery.

Mercy grew up at the family home, Cordel Court in Somerset, and shortly after her seventeenth birthday, was brought up to London by her stepmother for the London Season. Dorinda Montgomery, on the other hand, has hardly ridden up and down Rotten Row more than a half a dozen times before she has captured the heart of every masher around town, and earns the sobriquet 'Dorinda Blue.' Within days she is a famous member of the demi-monde, with her own house and carriage in St John's Wood. Meanwhile, Mercy Cordel is hard put to find a dancing partner. That she eventually finds a husband in the hard-bitten, hard-riding John Brancaster is a source of happy amazement to her.

Three such very different young women, and yet Society seems to reward Dorinda Montgomery more than it does the virtuous girl pushed into marriage with a suitably older husband. Certainly this is how it seems to Leonie Lynch, the only one of the three who has quite made up her mind to dedicate herself to something other than marriage...

Charlotte Bingham comes from a literary family - her father sold a story to H. G. Wells when he was only seventeen - and Charlotte wrote her autobiography, CORONET AMONG THE WEEDS, at the age of nineteen. Since then, she has written comedy and drama series, films and plays for both England and America with her husband, the actor and playwright Terence Brady. Her published novels include the highly acclaimed bestsellers SUMMERTIME, THE SEASON, THE BLUE NOTE, THE LOVE KNOT, THE KISSING GARDEN, LOVE SONG, TO HEAR A NIGHTINGALE, THE BUSINESS, IN SUNSHINE OR IN SHADOW, STARDUST, NANNY, CHANGE OF HEART, DEBUTANTES, THE NIGHTINGALE SINGS, GRAND AFFAIR, THE CHESTNUT TREE, THE WIND OFF THE SEA, THE MOON AT MIDNIGHT, DAUGHTERS OF EDEN, THE HOUSE OF FLOWERS, THE MAGIC HOUR, FRIDAY'S GIRL, IN DISTANT FIELDS and THE WHITE MARRIAGE.
GOR004609901
9780385410564
0385410565
The Love Knot by Charlotte Bingham
Charlotte Bingham
Used - Very Good
Hardback
Transworld Publishers Ltd
20000203
544
N/A
Book picture is for illustrative purposes only, actual binding, cover or edition may vary.
This is a used book - there is no escaping the fact it has been read by someone else and it will show signs of wear and previous use. Overall we expect it to be in very good condition, but if you are not entirely satisfied please get in touch with us
Trustpilot