The House Of Flowers Charlotte Bingham 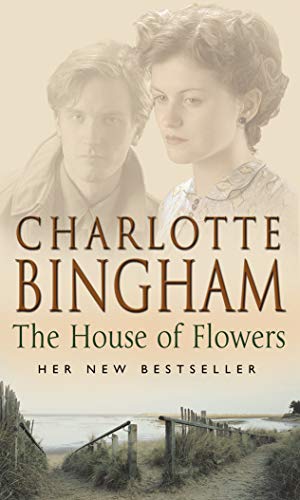 The House Of Flowers by Charlotte Bingham

It is 1941, and England is at its lowest ebb, under-nourished, under-informed and terrified of imminent invasion. Even at Eden Park, the beautiful country estate where Poppy, Lily, Kate, Marjorie and her adopted brother Billy are working in espionage, confidence is at an all-time low.

EVERYONE IS DOING THEIR BIT FOR THE WAR EFFORT. BUT WHAT SIDE ARE THEY ON?

1941: England is at its lowest ebb: under-nourished, under-informed and terrified of imminent invasion. Even at Eden Park, the beautiful country estate where Poppy, Lily, Kate, Marjorie and her adopted brother Billy are working in espionage, confidence is at an all-time low, and that is before the authorities discover there is a double agent operating from its MI5 unit.

As agents are gradually wiped out by the informant at Eden Park, Poppy leaves to train as a pilot.

But as she closes the wooden shutters at the House of Flowers, the old folly where she and her husband Scott began their married life, she realises that they were made over a century before to keep out another invader...

England survived then - will it survive again?

Have you read Daughters of Eden, the first in the series?

'A rip-roaring combination of high romance and breathless excitement' -- MAIL ON SUNDAY
Charlotte Bingham comes from a literary family - her father sold a story to H. G. Wells when he was only seventeen - and Charlotte wrote her autobiography, CORONET AMONG THE WEEDS, at the age of nineteen. Since then, she has written comedy and drama series, films and plays for both England and America with her husband, the actor and playwright Terence Brady. Her published novels include the highly acclaimed bestsellers SUMMERTIME, THE SEASON, THE BLUE NOTE, THE LOVE KNOT, THE KISSING GARDEN, LOVE SONG, TO HEAR A NIGHTINGALE, THE BUSINESS, IN SUNSHINE OR IN SHADOW, STARDUST, NANNY, CHANGE OF HEART, DEBUTANTES, THE NIGHTINGALE SINGS, GRAND AFFAIR, THE CHESTNUT TREE, THE WIND OFF THE SEA, THE MOON AT MIDNIGHT, DAUGHTERS OF EDEN, THE HOUSE OF FLOWERS, THE MAGIC HOUR, FRIDAY'S GIRL, IN DISTANT FIELDS and THE WHITE MARRIAGE.
GOR000893878
9780553814002
0553814001
The House Of Flowers: (The Eden series:2): a thrilling novel of service, strength and suspicion in wartime Britain from bestselling author Charlotte Bingham by Charlotte Bingham
Charlotte Bingham
Used - Very Good
Paperback
Transworld Publishers Ltd
20040802
528
N/A
Book picture is for illustrative purposes only, actual binding, cover or edition may vary.
This is a used book - there is no escaping the fact it has been read by someone else and it will show signs of wear and previous use. Overall we expect it to be in very good condition, but if you are not entirely satisfied please get in touch with us
Trustpilot