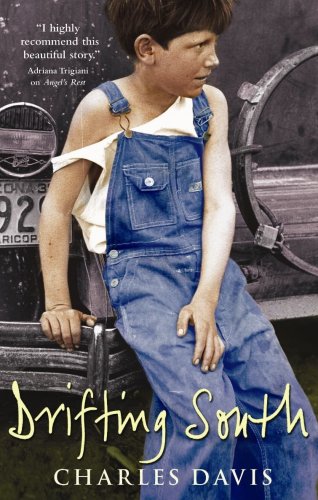 Shady is the town where I grew up in every way a young man could, where I saw every kind of good and bad there is to see.

Shady is the town where I grew up in every way a young man could, where I saw every kind of good and bad there is to see.

Everybody found their true nature in Shady. In a single day, Benjamin Purdue lost his family, his love, his freedom and even his name for reasons he's never known. Now Ben, the boy he used to be, is dead. And Henry Cole, the man he's become, is no one he would ever want to know.

With only a few dollars in his pocket, Henry journeys back to the dangerous town where it all began. The only place he's ever called home. As he drifts southward, he gets closer to the beautiful woman whose visit to Shady all those years ago ended in a killing. A woman who holds the keys to his past...and his future.

Charles Davis is a former law enforcement officer and US Army soldier. He lives with his wife, son and dog in New Hampshire.
GOR000536302
9780778302278
077830227X
Drifting South by Charles Davis
Charles Davis
Used - Very Good
Paperback
Mira Books
20090401
400
N/A
Book picture is for illustrative purposes only, actual binding, cover or edition may vary.
This is a used book - there is no escaping the fact it has been read by someone else and it will show signs of wear and previous use. Overall we expect it to be in very good condition, but if you are not entirely satisfied please get in touch with us
Trustpilot