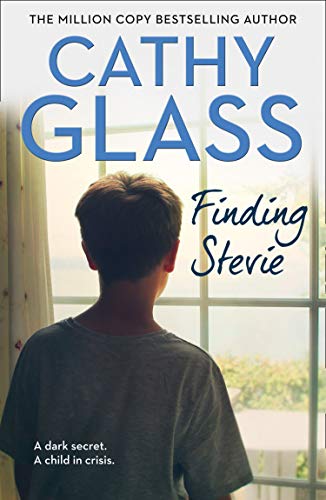 Finding Stevie is a dark and poignant true story that highlights the dangers lurking online.

Finding Stevie: A dark secret. A child in crisis. by Cathy Glass

Finding Stevie is a dark and poignant true story that highlights the dangers lurking online.

When Stevie's social worker tells Cathy, an experienced foster carer, that Stevie, 14, is gender fluid she isn't sure what that term means and looks it up.

Stevie, together with his younger brother and sister, have been brought up by their grandparents as their mother is in prison. But the grandparents can no longer cope with Stevie's behaviour so they place him in care.

Stevie is exploring his gender identity, and like many young people he spends time online. Cathy warns him about the dangers of talking to strangers online and advises him how to stay safe. When his younger siblings tell their grandmother that they have a secret they can't tell, Cathy is worried. However, nothing could have prepared her for the truth when Stevie finally breaks down and confesses what he's done.

Cathy has been a foster carer for over 25 years, during which time she has looked after more than 100 children, of all ages and backgrounds. She has three teenage children of her own; one of whom was adopted after a long-term foster placement. The name Cathy Glass is a pseudonym.

Cathy has written 18 books, including bestselling memoirs Damaged, Cut, and Will You Love Me?

GOR009628707
9780008324292
0008324298
Finding Stevie: A dark secret. A child in crisis. by Cathy Glass
Cathy Glass
Used - Very Good
Paperback
HarperCollins Publishers
2019-02-21
336
N/A
Book picture is for illustrative purposes only, actual binding, cover or edition may vary.
This is a used book - there is no escaping the fact it has been read by someone else and it will show signs of wear and previous use. Overall we expect it to be in very good condition, but if you are not entirely satisfied please get in touch with us
Trustpilot