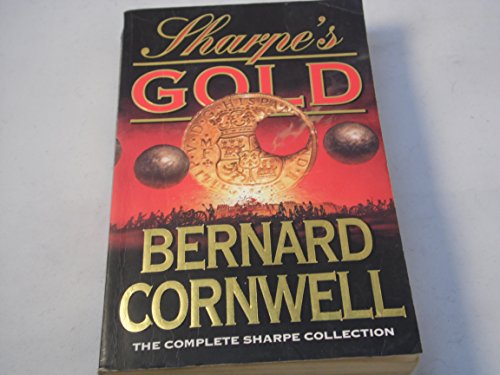 Richard Sharpe and the Destruction of Almeida, August 1810

Richard Sharpe and the Destruction of Almeida, August 1810

Bold, professional and determined, Richard Sharpe embarks on a desperate mission. He must recover the treasure, vital to the success of the war, now hidden behind enemy lines. The gold is in the possession of a powerful guerrilla leader, feared by ally and enemy alike. And he has no love for Sharpe, the man who has stolen his woman.

But Sharpe's fiercest battles lie with the British officers, ignorant of his deadly secret and mistrustful of his ruthless methods.

The Complete Sharpe Collection
with a new introduction by the author

'Exciting, exuberant... leaves the reader waiting for the next'
Irish Times

CIN000955638
9780006173144
B002CN8ML2
Sharpe's Gold: The Destruction of Almeida, August 1810 (The Sharpe Series, Book 9) by Bernard Cornwell
Bernard Cornwell
The Sharpe Series
Used - Very Good
Paperback
HarperCollins Publishers
19950410
304
N/A
Book picture is for illustrative purposes only, actual binding, cover or edition may vary.
This is a used book - there is no escaping the fact it has been read by someone else and it will show signs of wear and previous use. Overall we expect it to be in very good condition, but if you are not entirely satisfied please get in touch with us
Trustpilot