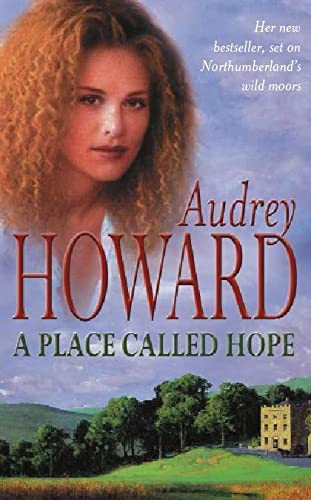 In every heart, there is a place called hope . . .

To Sir Robert Blenkinsopp, his frail, exquisite wife Amy is just another possession - to be used, misused or discarded like anything else at Newton Law, his grand estate on Northumberland's wild moore.

The gamekeeper they call Duffy thinks he has never seen anything quite so brave as Amy Blenkinsopp as she faces up to her husband - and is overjoyed when the brute is found unconscious at the bottom of his own staircase, deprived of the power of speech and movement. With the help of Sir Robert's servants and the increasingly devoted Duffy, she makes the estate not only happier but richer as well.

But Sir Robert Blenkinsopp is not dead. Imprisoned in the wreck of his body, his only companion a loathesome servant, he is plotting a vicious revenge on Amy, on her children, and on the man who has come to love her.

'Among the dross that constitutes the Liverpool saga market for women, Howard's enjoyable 19th-century historical romance of crossed love shines out. * Daily Mail, 3.1.97 *
Her thousands of fans recognise the artistry of a true storyteller * Lancashire Life *
Poignant and well-plotted, this is the book to curl up with to shut out troubles.' * Woman's Realm on BEYOND THE SHINING WATER *
Audrey Howard was born in Liverpool in 1929. Before she began to write she had a variety of jobs, among them hairdresser, model, shop assistant, cleaner and civil servant. In 1981, while living in Australia, she wrote the first of her bestselling novels. She lives in St Anne's on Sea, her childhood home.
GOR003182013
9780340769294
0340769297
A Place Called Hope by Audrey Howard
Audrey Howard
Used - Very Good
Paperback
Hodder & Stoughton
2001-10-18
576
N/A
Book picture is for illustrative purposes only, actual binding, cover or edition may vary.
This is a used book - there is no escaping the fact it has been read by someone else and it will show signs of wear and previous use. Overall we expect it to be in very good condition, but if you are not entirely satisfied please get in touch with us
Trustpilot