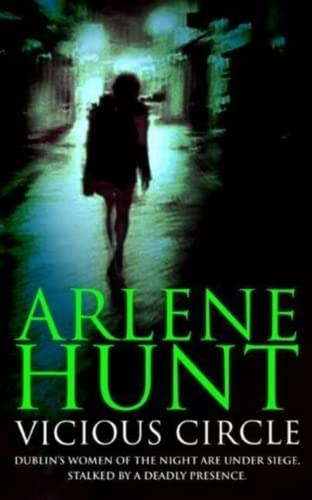 Dublin's women of the night are under siege, stalked by a deadly presence...

Amanda Harrington is a Dublin prostitute, working independently with her friend Marna Galloway, in a rented apartment on Mount Street. They see themselves as a cut above, having put the world of pimps and violence behind them.

But then they are busted and given a royal dressing down by a disapproving female judge - much harder to tolerate than the hefty fine incurred.

And things soon take a serious turn for the worse. Sandy Walsh, a colleague, has been discovered brutally murdered in her apartment. Finding Amanda's mobile number on Sandy's coffee table, soon the detectives are back on her trail, hoping she can help with the investigation.

Meanwhile, a serial killer is on the loose, targeting prostitutes ... Amanda and Marna are about to discover just how vulnerable they are.

Bringing this world to life as never before, Arlene Hunt's debut thriller is a riveting, authentic read from a remarkably fresh and distinctive new voice.

Arlene Hunt is 30 years old. She is originally from Wicklow, but now lives in Barcelona, Spain with her husband, daughter and a melee of useless, overweight animals.

Vicious Circle is her first novel, drawn from her knowledge of Dublin's sex industry. Arlene is currently working on her second novel.

GOR001812231
9780340832639
0340832630
Vicious Circle by Arlene Hunt
Arlene Hunt
Used - Very Good
Paperback
Hodder Headline Ireland
2004-04-15
544
N/A
Book picture is for illustrative purposes only, actual binding, cover or edition may vary.
This is a used book - there is no escaping the fact it has been read by someone else and it will show signs of wear and previous use. Overall we expect it to be in very good condition, but if you are not entirely satisfied please get in touch with us
Trustpilot