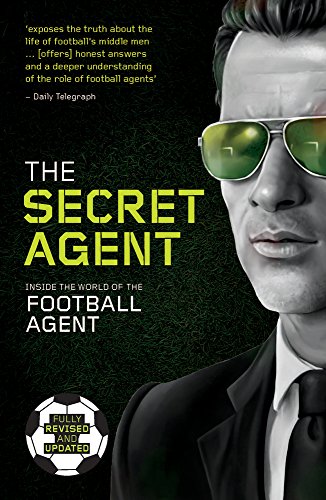 The Secret Agent by Anonymous

A completely revised and updated edition of critically acclaimed The Secret Agent.

'The secret is to know when to stick and when to twist, when to bet and when to burn, when to bluff and when to hold. This whole business is one massive, never-ending card game and if you sit at the table long enough then maybe, just maybe, you're going to get so lucky that you'll beat the house or even break the bank. Unless, of course, the house breaks you first.'From mere coffee boy, to lowly scout, to multi-million pound wheeler dealer with the Premiership big guns and the cream of theChampions League, this book charts the Secret Agent's fast and furious progress through the dressing rooms, board rooms and bedrooms of England's top clubs. It doesn't just lift the lid on the true face of professional football, it tears it off and hurls it across the room.This is a no-holds-barred, jaw-dropping insight into the true power-brokers of the world game: the moneymen and dealmakers who grease the wheels - or, more accurately, the palms - that make the whole football machine tick. Scandalous, witty, fearless and occasionally heartless, The Rise and Fall of the Secret Agent casts an astonishing new light on the ambition,greed and power in a cut-throat and self-obsessed world.

'exposes the truth about the life of football's middle men ... [offers] honest answers and a deeper understanding of the role of football agents in the industry' - Daily Telegraph

GOR008244221
9781909715431
1909715433
The Secret Agent: Fully Revised and Updated Edition of the Secret Agent: Inside the World of the Football Agent by Anonymous
Anonymous
Used - Very Good
Paperback
Birlinn General
2016-05-20
304
N/A
Book picture is for illustrative purposes only, actual binding, cover or edition may vary.
This is a used book - there is no escaping the fact it has been read by someone else and it will show signs of wear and previous use. Overall we expect it to be in very good condition, but if you are not entirely satisfied please get in touch with us
Trustpilot