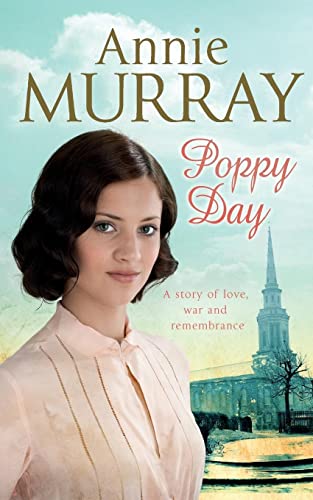 A story of love, war and remembrance.

Jessica Hart's happy childhood as the daughter of a country blacksmith is changed forever by the sudden death of her mother. Her grief-stricken father leaves her to cope with her loss alone.

It is her manipulative new stepmother who tries to force her into marrying an older man. To bright, pretty Jess the idea of a loveless marriage is unthinkable and so she escapes to Birmingham to her aunt Olive - the last remaining connection to her mother.

But it soon becomes apparent that in the shadows of Olive's family there are haunting secrets of which no one will speak. And Jess's security is threatened when she falls passionately in love. For handsome Ned Green is not only already married, but also about to become a father.

Annie Murray was born in Berkshire and read English at St John's College, Oxford. Her first 'Birmingham' novel, Birmingham Rose, hit The Times bestseller list when it was published in 1995. She has subsequently written many other successful novels, including The Bells of Bournville Green, sequel to the bestselling Chocolate Girls, and A Hopscotch Summer. Annie has four children and lives near Reading.
GOR005054278
9781447232452
1447232453
Poppy Day by Annie Murray
Annie Murray
Used - Very Good
Paperback
Pan Macmillan
2013-05-23
480
N/A
Book picture is for illustrative purposes only, actual binding, cover or edition may vary.
This is a used book - there is no escaping the fact it has been read by someone else and it will show signs of wear and previous use. Overall we expect it to be in very good condition, but if you are not entirely satisfied please get in touch with us
Trustpilot