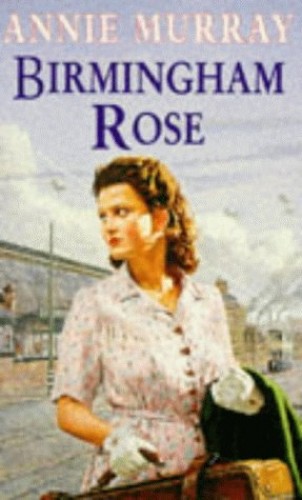 Life is bleak for Rose Lucas, a spirited, intelligent girl, born into a large family in the slums of pre-war Birmingham. But her friendship with Diana, daughter of a vicar from middle-class Moseley, gives her hope. She learns to aspire to a different kind of existence, vowing never to become a child-bearing drudge like her mother.

Life, however, never follows the way of dreams. After a childhood marked by tragedy, Rose eventually finds and loses the love for which she has striven so hard. From Italy, where she has travelled during the Second World War, she is forced to return to Birmingham and an unhappy marriage, her hopes and illusions shattered. But Rose will not be defeated and she, too, is determined to rise once again above the devastation of her life . . .

Annie Murray was born in Berkshire and read English at St John's College, Oxford. Her first 'Birmingham' novel, Birmingham Rose, hit The Times bestseller list when it was published in 1995. She has subsequently written many other successful novels, including The Bells of Bournville Green, sequel to the bestselling Chocolate Girls, and A Hopscotch Summer. Annie has four children and lives near Reading.
GOR000502989
9780330336581
0330336584
Birmingham Rose by Annie Murray
Annie Murray
Birmingham
Used - Very Good
Paperback
Pan Macmillan
1995-02-24
432
N/A
Book picture is for illustrative purposes only, actual binding, cover or edition may vary.
This is a used book - there is no escaping the fact it has been read by someone else and it will show signs of wear and previous use. Overall we expect it to be in very good condition, but if you are not entirely satisfied please get in touch with us
Trustpilot