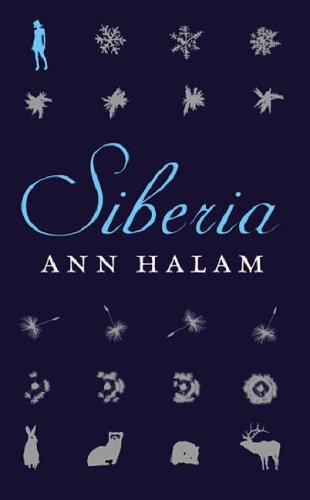 Fairy tale and fantasy adventure combine in the story of one girl's 1000 mile journey across desolate wastes, with only magical Lindquists to help her.

SIBERIA is a state of mind.
When Sloe was tiny, her Papa disappeared and she and her mama went to live in a prison camp in the snowy North, in a time and place when there are no more wild animals. Mama's crime; teaching science, and her dedication to the hope that the lost animal species can be reborn. To Sloe, Mama's secret work is magic, as enchanting as Mama's tales of a bright city across the ice where the sun always shines and one day they will be free.
Years later Sloe is sent to prison school and Mama disappears. But her Mama has bequeathed Sloe six tiny animals - like creatures from a fairy tale. These tiny, magical creatures hold the secret to life itself. At 13, and with only the Lindquists for company, Sloe sets off on an epic 1000 mile journey embracing breathtaking adventure, danger and hardships in her quest to be reunited with her mother.
In a moving and totally absorbing novel, Sloe evolves into a heroine equal to anything amidst this dazzling combination of science, adventure, fantasy and fairy tale.

Despite mixing fantasy and fairy-tale creatures, Siberia is a story full of human drama. Set in snowy wastelands, Sloe sets off on an epic journey to be reunited with her magical mother. -- Funday Times 16.01.05
It's a great read with a terrific central character - resourceful, brave, loving and challenged beyond endurance - and the ideas, so chilling and so provocative that I can't get the story out of my head. -- Wendy Cooling
Siberia is proof that teen fantasy can deal with complex and difficult themes as adequately as adult fiction. The story resonates, Sloe's fate matters and the awardwinning Gwyneth Jones, writing as Ann Halam, strips betrayal, hope and the corruption of politics and ideals down to simple sentences. A quietly impressive book. -- Jon Courtenay Grimwood * Guardian, 15 Jan 05 *
The story is truly original. .. This is a terrific read: a dystopian creation of endless winter and ultimate hope that avoids the cliches of environmental nightmare genre. From its dust jacket, to its Goethe quote: "Seed corn must not be ground" this is a lean, effective and moving book. I loved it and admired the clarity of thought and the elegance of its delivery. -- GAye Hicyilmaz * TES *
Siberia by Ann Halam (Orion, GBP8.99) is not a place, it's a state of mind, says the author's note at the back of the book. Part dystopian thriller, part science fable, Siberia is set in the frozen wastes of a future where the families of criminals and dissidents are banished to Settlements, and wild mammals have become extinct. Sloe's mother, a disgraced scientist, has brought her up from an early age with the knowledge that she is the guardian of strange "seed kits" - the genetic material of d -- Dinah Hall * SUNDAY TELEGRAPH *
Ann Halam's depiction of a wilderness world... take on parable proportions; the images stay with the reader long after the book is finished. Equally powerful are her visions of an outcast society, scavenging and betraying their neighbours for survival. Halam pulls a tight thread of tension on every page. -- Helen Ryan * INIS *
'...remarkable...' -- Amanda Craig * THE TIMES *
'one of those books that keeps you thinking after you have finished reading it.' -- John Millen * SOUTH CHINA MORNING POST *
'a vividly imagined, though very bleak vision of the future. It is also a nail-biting adventure which should appeal to boys as well as girls.' -- Rosalind Kerven * THE NORTHERN ECHO *

Ann Halam is the penname of Gwyneth Jones, who also writes science fiction and fantasy for adults. She was born and raised in Manchester, and after graduating from Sussex University spent some years travelling throughout South East Asia. She now lives in Brighton with her husband and son, but spends as much time as she can heading off on adventurous travels.

GOR004034982
9781842551295
1842551299
Siberia by Ann Halam
Ann Halam
Used - Very Good
Hardback
Hachette Children's Group
2005-01-07
240
Short-listed for Booktrust Teenage Prize 2005
Book picture is for illustrative purposes only, actual binding, cover or edition may vary.
This is a used book - there is no escaping the fact it has been read by someone else and it will show signs of wear and previous use. Overall we expect it to be in very good condition, but if you are not entirely satisfied please get in touch with us
Trustpilot