A Voice in the Night Andrea Camilleri 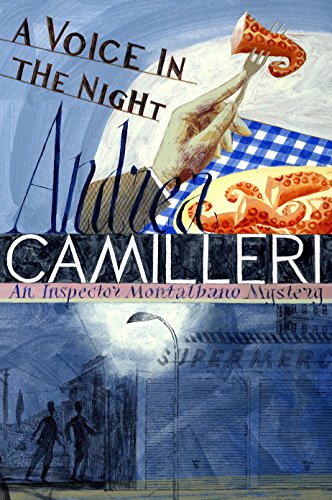 A Voice in the Night by Andrea Camilleri

The twentieth thrilling mystery in the much-loved Inspector Montalbano series.

A Voice in the Night by Andrea Camilleri

A Voice in the Night is the twentieth compelling crime novel in the phenomenally successful Inspector Montalbano mysteries by Andrea Camilleri.

It occurred to him that he might not have had anything to do with Strangio's death. It was a voice in the night, an anonymous voice, that had told him this. A voice in the night that could easily have been the voice of his conscience.

Feeling his age, as his birthday rolls round once again, Inspector Montalbano decides to cheer himself up by dealing with a young driver's road rage in his own unique way.

But his joy is short-lived, as at police headquarters he receives an angry phone call from a supermarket boss; there's been a robbery at his store and Montalbano's colleague is treating him as a suspect. On arrival at the scene, Montalbano quickly agrees with Inspector Augello that this was no ordinary break-in, but with the supermarket's infamous links to the Mafia creating problems at every turn, this isn't going to be an easy case for the inspector to solve.

And to add to Montalbano's burden, the young driver he made an enemy of earlier in the week has returned to police headquarters to report a shocking crime . . .

Andrea Camilleri is one of Italy's most famous contemporary writers. The Inspector Montalbano series has been translated into thirty-two languages and was adapted for Italian television, screened on BBC4. The Potter's Field, the thirteenth book in the series, was awarded the Crime Writers' Association's International Dagger for the best crime novel translated into English. He lives in Rome. Stephen Sartarelli is an award-winning translator. He is also the author of three books of poetry, most recently The Open Vault. He lives in France.
GOR007956859
9781447264576
1447264576
A Voice in the Night by Andrea Camilleri
Andrea Camilleri
Inspector Montalbano mysteries
Used - Very Good
Paperback
Pan Macmillan
2016-10-06
288
Long-listed for CWA International Dagger 2017 (UK)
Book picture is for illustrative purposes only, actual binding, cover or edition may vary.
This is a used book - there is no escaping the fact it has been read by someone else and it will show signs of wear and previous use. Overall we expect it to be in very good condition, but if you are not entirely satisfied please get in touch with us
Trustpilot