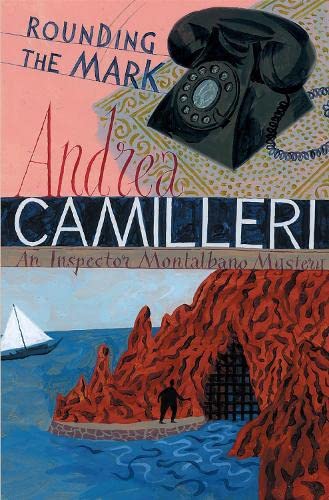 Rounding the Mark by Andrea Camilleri

Rounding the Mark by Andrea Camilleri

He began swimming in slow, broad strokes. The sea smelled harsh, stinging his nostrils like champagne, and he nearly got drunk on it . . . In a fraction of a second, Montalbano realized he'd struck a human foot. Somebody else was floating right beside him, and he hadn't noticed."Excuse me," he said hastily, flipping back onto his belly and looking over at the other. The person beside him didn't answer, because he wasn't doing the dead man's float. He was actually dead. And, to judge from the way he looked, he'd been so for quite a while.

Increasingly disillusioned with his government and the world in general, Inspector Montalbano is considering retirement. He is starting to feel his age, and even his favourite restaurant has closed. But when he bumps into a dead body during a bracing swim, his detective instincts are aroused once more. Particularly when the most likely identity of the victim is a man already long buried . . .

Rounding the Mark is followed by the eighth novel in the series The Patience of the Spider.

Both farcical and endearing, Montalbano is a cross between Columbo and Chandler's Philip Marlowe, with the added culinary idiosyncrasies of an Italian Maigret * Guardian *
Andrea Camilleri was one of Italy's most famous contemporary writers. The Inspector Montalbano series, which has sold over 65 million copies worldwide, has been translated into thirty-two languages and was adapted for Italian television, screened on BBC4. The Potter's Field, the thirteenth book in the series, was awarded the Crime Writers' Association's International Dagger for the best crime novel translated into English. In addition to his phenomenally successful Inspector Montalbano series, he was also the author of the historical comic mysteries Hunting Season and The Brewer of Preston. He died in Rome in July 2019.
GOR001264278
9780330442206
0330442201
Rounding the Mark by Andrea Camilleri
Andrea Camilleri
Inspector Montalbano mysteries
Used - Very Good
Paperback
Pan Macmillan
2008-01-01
288
N/A
Book picture is for illustrative purposes only, actual binding, cover or edition may vary.
This is a used book - there is no escaping the fact it has been read by someone else and it will show signs of wear and previous use. Overall we expect it to be in very good condition, but if you are not entirely satisfied please get in touch with us
Trustpilot