The Dance Of The Seagull Andrea Camilleri 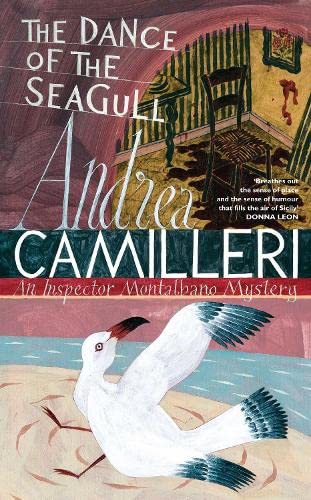 The Dance Of The Seagull by Andrea Camilleri

The inimitable Inspector Montalbano returns for his fifteenth mystery

The Dance Of The Seagull by Andrea Camilleri

As seen on TV: now a major BBC4 television series.

Inspector Montalbano is awake at dawn, sitting on his porch, when his attention is caught by a seagull which falls from the sky, performing a strange dance, before lying down to die. Montalbano is perplexed by what he has witnessed and the scene hangs over him like an omen.

About to depart for a holiday with his girlfriend Livia, Montalbano makes a quick trip to the police station to tie up loose ends. But when his dear colleague Fazio is discovered missing - and it transpires that the policeman has been involved in his own secret investigations - Montalbano instead launches a desperate search for his lost friend, as time begins to run out . . .

Navigating a shadowy maze of smuggling, blackmail and the darkest murder, and moving from the docks of Vigata to its deep, dry wells where the mafia hide their terrible crimes, Inspector Montalbano must have his wits about him to unravel this tangled mystery.

Andrea Camilleri is one of Italy's most famous contemporary writers. The Inspector Montalbano series has been translated into thirty-two languages and was adapted for Italian television, screened on BBC4. The Potter's Field, the thirteenth book in the series, was awarded the Crime Writers' Association's International Dagger for the best crime novel translated into English. He lives in Rome.

Also available from Andrea Camilleri: The Shape of Water, The Terracotta Dog, The Snack Thief, The Voice of the Violin, Excursion to Tindari, The Scent of the Night, Rounding the Mark, The Patience of The Spider, The Paper Moon, August Heat, The Wings Of The Sphinx, The Track of Sand, The Potter's Field, The Age of Doubt and The Dance of The Seagull.

GOR004606949
9781447228714
1447228715
The Dance Of The Seagull by Andrea Camilleri
Andrea Camilleri
Inspector Montalbano mysteries
Used - Very Good
Hardback
Pan Macmillan
2013-03-14
288
N/A
Book picture is for illustrative purposes only, actual binding, cover or edition may vary.
This is a used book - there is no escaping the fact it has been read by someone else and it will show signs of wear and previous use. Overall we expect it to be in very good condition, but if you are not entirely satisfied please get in touch with us
Trustpilot