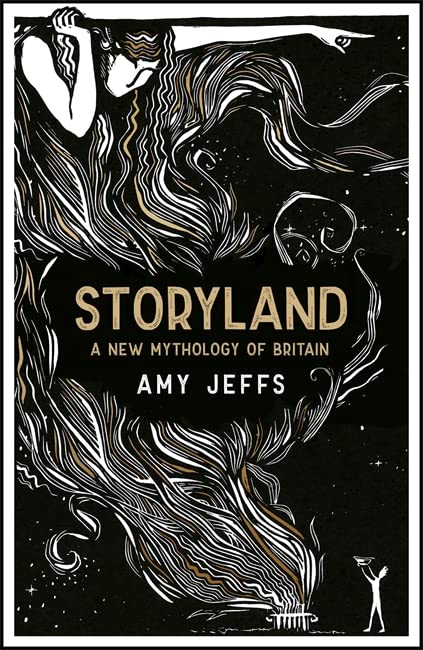 Storyland: A New Mythology of Britain by Amy Jeffs

A vivid and beautifully illustrated mythology of the British Isles - reframing ancient stories that deal with human themes of extinction, connection to landscape, parenthood, defiance, love and loss.

Storyland: A New Mythology of Britain by Amy Jeffs

Soaked in mist and old magic, Storyland is a new illustrated mythology of Britain, set in its wildest landscapes.

It begins between the Creation and Noah's Flood, follows the footsteps of the earliest generation of giants from an age when the children of Cain and the progeny of fallen angels walked the earth, to the founding of Britain, England, Wales and Scotland, the birth of Christ, the wars between Britons, Saxons and Vikings, and closes with the arrival of the Normans.

These are retellings of medieval tales of legend, landscape and the yearning to belong, inhabited with characters now half-remembered: Brutus, Albina, Scota, Arthur and Bladud among them. Told with narrative flair, embellished in stunning artworks and glossed with a rich and erudite commentary. We visit beautiful, sacred places that include prehistoric monuments like Stonehenge and Wayland's Smithy, spanning the length of Britain from the archipelago of Orkney to as far south as Cornwall; mountains and lakes such as Snowdon and Loch Etive and rivers including the Ness, the Soar and the story-silted Thames in a vivid, beautiful tale of our land steeped in myth. It Illuminates a collective memory that still informs the identity and political ambition of these places.

In Storyland, Jeffs reimagines these myths of homeland, exile and migration, kinship, loyalty, betrayal, love and loss in a landscape brimming with wonder.

Jeffs writes beautifully, erring just on the right side of florid, and her linocut prints make for attractive illustrations. The stories come with explanations of sources and legacies, and she has a lovely knack of rooting each one in the landscape that birthed it. This gorgeous book should live on the bookshelves in every house that cares about the idea of Britain, what is was and where it came from.

* The Times *
Amy Jeffs is a Somerset-based art historian and printmaker with expertise in medieval art and literature. In 2020, she gained a PhD in Art History from Corpus Christi College, Cambridge, having worked at the British Library, and studied for earlier degrees at the Courtauld Institute of Art and Cambridge. Storyland is her first book.
NGR9781529407976
9781529407976
1529407974
Storyland: A New Mythology of Britain by Amy Jeffs
Amy Jeffs
New
Hardback
Quercus Publishing
2021-09-02
384
N/A
Book picture is for illustrative purposes only, actual binding, cover or edition may vary.
This is a new book - be the first to read this copy. With untouched pages and a perfect binding, your brand new copy is ready to be opened for the first time
Trustpilot