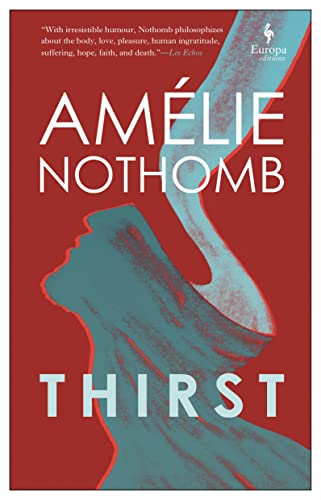 The Gospel according to Amelie

The Gospel according to Amelie

Jesus is perhaps the most universally known figure in the Western world, yet he remains one of the most obscure. In her reinterpretation of the story of the Passion and crucifixion, Nothomb gives voice to a transgressive Messiah, the son of God portrayed as deeply human. Not so much because of his broken chastity vows, rather because of his inability to forgive himself for the pointless and sadistic mise-en-scene that is the Passion.
It all starts with the farcical trial at the court of Pontius Pilate. When the witnesses for the prosecution stand up one by one, they turn out to be, paradoxically, the very ones who were healed by Jesus' miracles, from the disgruntled beggar no longer able to solicit alms, to the man who, freed from satanic possession, now finds his life fatally boring. As the familiar, harrowing tale unfolds in all its dramatic intensity, Nothomb veers from the tragic to the comic, from deep compassion to cold mercilessness. She distils the essence of life down to its basic components - love, death and thirst - revealing that real human strength resides in the body, not in the spirit.

Amelie Nothomb is such an utter astonishment, the shock of reading her for the first time is like realizing you have inadvertently missed a whole movement, or century, in the scheme of things. * Scotland on Sunday *
Strike Your Heart is a finely honed, piercing novel. No wonder it is acclaimed in France. If you are human, it will strike your heart, too. * The Washington Post *
Amelie Nothomb was born in Japan to Belgian parents in 1967. She lives in Paris. Her edgy fiction, unconventional thinking, and public persona have combined to transform her into a worldwide literary sensation. Her books have been translated into twenty-five languages and counting, and been awarded numerous prizes including the French Academy's Grand Prix for the Novel, the Rene-Fallet, Alain-Fournier, and Jean-Giono prizes. Alison Anderson's translations for Europa Editions include novels by Selim Nassib, Amelie Nothomb, and Eric-Emmanuel Schmitt. She is the translator of The Elegance of the Hedgehog (Europa, 2008) and The Life of the Elves (Europa, 2016) by Muriel Barbery.
NGR9781787702905
9781787702905
1787702901
Thirst by Amelie Nothomb
Amelie Nothomb
New
Paperback
Europa Editions (UK) Ltd
20210422
112
null null null null null null null null null null
Book picture is for illustrative purposes only, actual binding, cover or edition may vary.
This is a new book - be the first to read this copy. With untouched pages and a perfect binding, your brand new copy is ready to be opened for the first time
Trustpilot