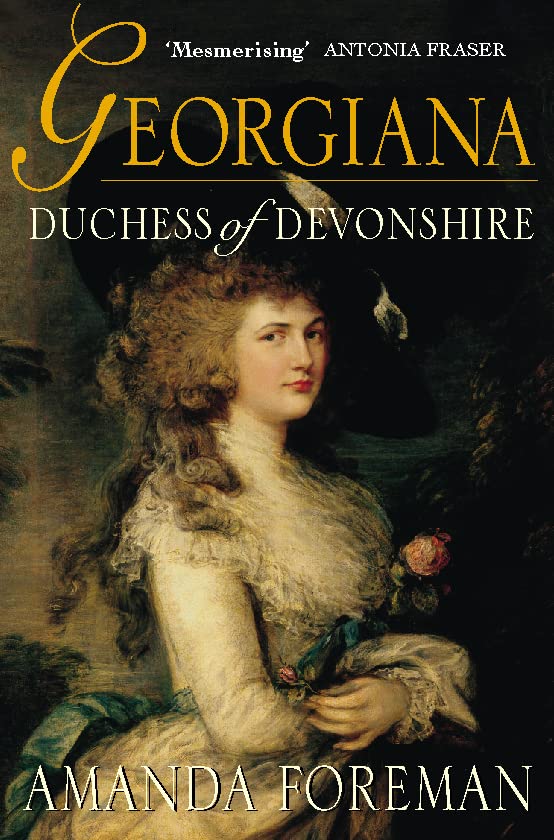 Sex, intrigue and adultery in the world of high politics and huge wealth in late eighteenth-century England.

Sex, intrigue and adultery in the world of high politics and huge wealth in late eighteenth-century England.

Georgiana, Duchess of Devonshire was one of the most flamboyant and influential women of the eighteenth century. The great-great-great-great aunt of Diana, Princess of Wales, she was variously a compulsive gambler, a political savante and operator of the highest order, a drug addict, an adulteress and the darling of the common people.

This authoritative, utterly absorbing book presents a mesmerizing picture of a fascinating world of political and sexual intrigues, grand houses, huge parties, glamour and great wealth - always on the edge of being squandered by the excesses and scandals of individuals.

`An outstanding debut by a young biographer fully in control of her sources, and with an easy and elegant writing style'
Roy Strong, Sunday Times

Amanda Foreman was born in London in 1968. She was educated at Sarah Lawrence College and Columbia University in New York, before receiving her doctorate in 18th Century British History from Oxford University. She is married with five children. Since 2005 she has a been a Visiting Fellow at Queen Mary College, London University.

GOR000519387
9780006550167
0006550169
Georgiana, Duchess of Devonshire by Amanda Foreman
Amanda Foreman
Used - Very Good
Paperback
HarperCollins Publishers
1999-02-24
496
Winner of Whitbread Book Awards: Biography Category 1998 Winner of Whitbread Prize (Biography) 1998
Book picture is for illustrative purposes only, actual binding, cover or edition may vary.
This is a used book - there is no escaping the fact it has been read by someone else and it will show signs of wear and previous use. Overall we expect it to be in very good condition, but if you are not entirely satisfied please get in touch with us
Trustpilot