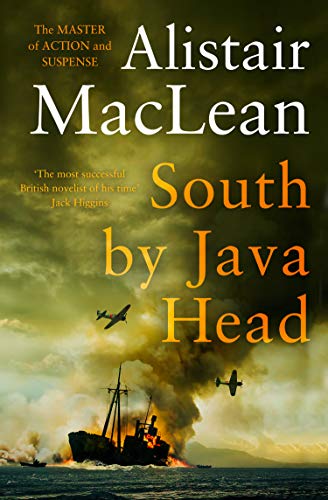 February, 1942: Singapore lies burning and shattered, defenceless before the conquering hordes of the Japanese Army.

The last boat escapes out of the harbour into the South China Sea, and on board are a desperate group of strangers, each with a secret to guard, each willing to kill to keep that secret safe.

Dawn sees them far out to sea but with the first murderous dive bombers already aimed at their ship. Thus begins a nightmare succession of disasters wrought by the hell-bent Japanese, the unrelenting tropical sun and, ultimately, by the survivors themselves, as they head south by Java Head.

'The most successful British novelist of his time'
Jack Higgins

'Excitements come and go at breathless speed' The Times

Alistair MacLean, the son of a Scots minister, was brought up in the Scottish Highlands. In 1941 he joined the Royal Navy. After the war he read English at Glasgow University and became a schoolmaster. The two and a half years he spent aboard a wartime cruiser were to give him the background for HMS Ulysses, his remarkably successful first novel, published in 1955. He is now recognized as one of the outstanding popular writers of the 20th century, the author of 29 worldwide bestsellers, many of which have been filmed.