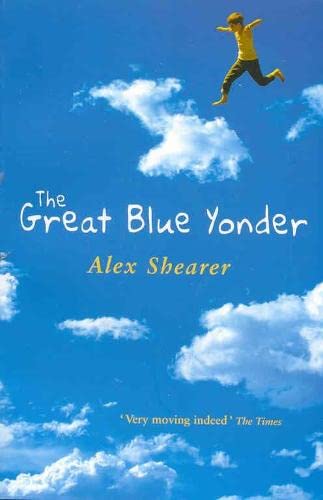 'A sensitive, gentle exploration of the saddest thing that can ever happen... very moving indeed' The Times

That's what Harry said to his sister, before the incident with the lorry. And now he is just that - dead.

And he wishes more than anything that he hadn't said it. He wishes he could say sorry. And say goodbye to everyone he left behind - his mum, his dad, his best friend Pete, even Jelly Donkins, the class bully.

Now he's on the Other Side, waiting to move on to the Great Blue Yonder. But he doesn't know how to get there - until he meets Arthur, a small boy in a top hat, who's been dead for years, who helps him say goodbye...

Alex Shearer lives with his family in Somerset. He has written more than a dozen books for both adults and children, as well as many successful television series, films, and stage and radio plays. He has had over thirty different jobs, and has never given up trying to play the guitar.
GOR000628093
9780330397001
0330397001
The Great Blue Yonder (PB) by Alex Shearer
Alex Shearer
Used - Very Good
Paperback
Pan Macmillan
2002-04-12
192
N/A
Book picture is for illustrative purposes only, actual binding, cover or edition may vary.
This is a used book - there is no escaping the fact it has been read by someone else and it will show signs of wear and previous use. Overall we expect it to be in very good condition, but if you are not entirely satisfied please get in touch with us
Trustpilot