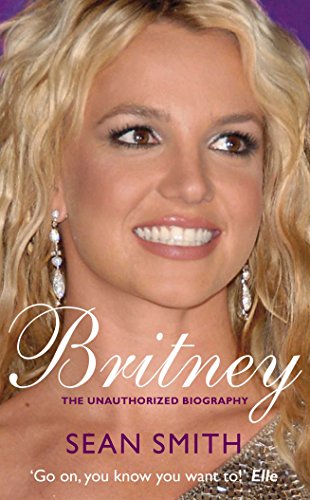 Britney tells the full, amazing story of the rollercoaster life of one of the world's most popular stars. Travel with best selling author Sean Smith across America as he paints a picture of the real Britney Spears - a little church-going Southern girl described by her tutor at Disney as `the sweetest, most wholesome, most innocent person that you'd ever want to meet', who became a desperately unhappy victim of fame.

Britney Spears was a child star on Broadway at ten, with Disney at eleven, a number one recording artist at seventeen and a multi millionairess before her eighteenth birthday. But that success counted for nothing as she faced the agony of a marriage break-up that left her battling for custody of her two sons. Her eventual breakdown was seen on television by millions around the world. Few could forget the sight of a distressed Britney strapped to an ambulance trolley on her way to a psychiatric unit.

But, incredibly, it was not the last we heard of Britney and phoenix-like she recovered to produce a US number one single and album, and headline a sell out world tour in 2009. Using a series of exclusive interviews Sean Smith reveals a complex yet genuinely nice young woman who at last seems to be winning.