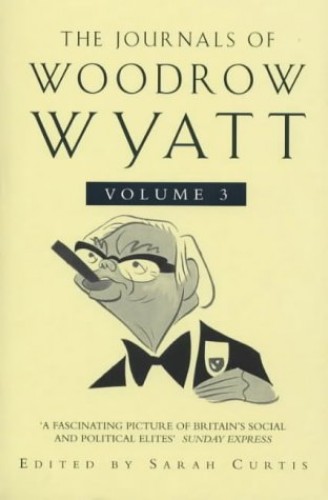 The third and final volume of Wyatt's scandalous journals- 'hugely entertaining and splendidly gossipy about the rich, famous and powerful' The Times

The Journals of Woodrow Wyatt Vol 3: From Major to Blair Sarah Curtis

In this final volume of Woodrow Wyatt's journals, running from the April 1992 election until three months before he died in December 1997, Wyatt is in his late seventies, but his access to those in power is undiminished. John Major, Norman Lamont and Rupert Murdoch play leading roles as Wyatt writes his columns in The Times and the News of the World, amuses the Queen Mother on the race course, lobbies for his causes and his friends, and, of course, continues to drink the finest wines and smoke the largest cigars. A unique mixture of politics, society and gossipy indiscretion.

'Electrifying . . . Wyatt gives us a ringside seat at the show' A. N. Wilson, Daily Mail