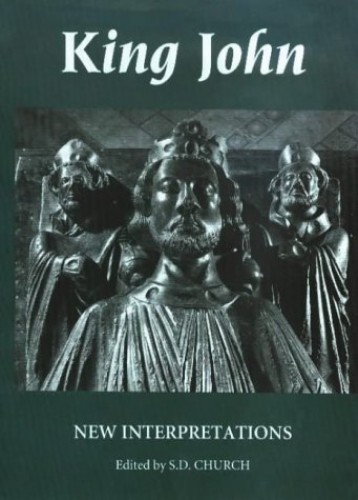 New studies of aspects of John's reign, both personal and political.

The reign of King John (1199-1216) is one of the most controversial in English history. When he succeeded to Richard the Lionheart's lands, he could legitimately claim to rule half modern France as well as England and Ireland; but by the time of his death his dominion lay in tatters, and his subjects had banded together to restrict his powers as king under the Magna Carta and to overthrow him in favour of the son of the king of France.
Over the centuries his reign has provided politicians and historians with fertile ground for inspiration and argument, and this volume adds to the debate, offering the most recent ideas and arguments from leading historians on the subject, and covering all the major issues involved. It is coherently formulated around explorations of the two major events of his reign: the loss of his continental inheritance, and the ending of his reign in the disaster of civil war. Topics cover all aspects of his life and career, from his reputation, the economy, the Norman aristocracy, the Church, Justice and the Empire, to his mother Eleanor of Aquitaine and his wife Isabella of Angouleme. It will be essential reading for all interested in one of the most significant periods of English history.