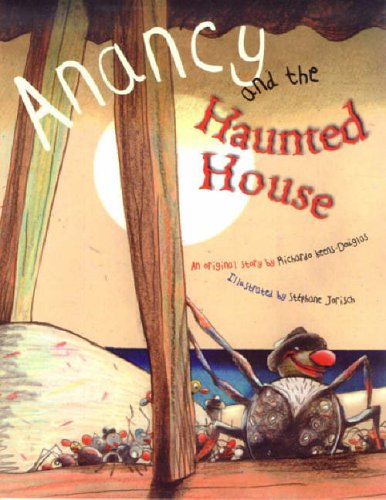 Anancy loved to boast that he was the biggest and strongest spider in the whole town, until the day that he swaggers into the haunted house at midnight and is tricked by the large dancing rooster. He is saved just in time by the heroic efforts of his little friends.

Richardo Keens-Douglas, an actor, playwright, author, and storyteller, has published six previous picture books for children, including "The Trial of the Stone" and "The Nutmeg Princess." His works have appeared on American Bookseller's "Pick of the Lists" and been nominated for the Governor General's Award and the Silver Birch Award, among others. He presently divides his time between Grenada and Toronto.

Stephane Jorisch is an award-winning artist and designer who lives with his family in Montreal. He has illustrated four previous picture books for Annick Press, including "As for the Princess?," which he also wrote, and an earlier book by Richardo Keens-Douglas, "The Trial of the Stone."