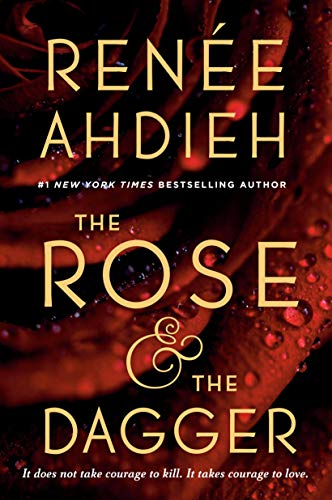 A satisfying fast-paced conclusion, Ahdieh explores the difficulty of family, lasting loyalty, and love giving you a tale you won't soon forget.--InStyle

In a land on the brink of war, Shahrzad has been torn from the love of her husband Khalid, the Caliph of Khorasan. She once believed him a monster, but his secrets revealed a man tormented by guilt and a powerful curse-one that might keep them apart forever. Reunited with her family, who have taken refuge with enemies of Khalid, and Tariq, her childhood sweetheart, she should be happy. But Tariq now commands forces set on destroying Khalid's empire. Shahrzad is almost a prisoner caught between loyalties to people she loves. But she refuses to be a pawn and devises a plan. While her father, Jahandar, continues to play with magical forces he doesn't yet understand, Shahrzad tries to uncover powers that may lie dormant within her. With the help of a tattered old carpet and a tempestuous but sage young man, Shahrzad will attempt to break the curse and reunite with her one true love.
Praise for The Rose and the Dagger:
#1 New York Times Bestseller

In a stirring storm of swordfights, secrets and sacrifice, Renee Ahdieh splendidly concludes this lushly imagined duology.--USA Today's Happily Ever After

A satisfying fast-paced conclusion, Ahdieh explores the difficulty of family, lasting loyalty, and love giving you a tale you won't soon forget.--InStyle

Whimsical, fantasy enthusiasts are sure to adore this sequel.--Buzzfeed

Above all there is the shattering, triumphant catharsis of love... In a story about stories, love is 'the power to speak without words.' Thrillingly full of feeling.-Kirkus Reviews

Fiery romance, a spirited heroine, shifting loyalties... With more than a few heartrending twists and turns.-Booklist


Praise for The Wrath and the Dawn:
#1 New York Times Bestseller
#4 on the Summer 2015 Kids' Indie Next List!
An Amazon Best Book of the Year for 2015 - Young Adult
A New York Public Library Best Book for Teens for 2015
A Seventeen Magazine Best Book of 2015
A YALSA 2016 Best Fiction for Young Adults Pick

Lushly imagined and powerfully characterized, it's a potent page-turner of intrigue and romance.-Publishers Weekly

This book is a fairy tale, a mystery, and ... promises to become a classic tale of its own.-VOYA

Set against a backdrop of political intrigue and a simmering revolution, this is a carefully constructed narrative of uncertain loyalties, searing romance, and subtle magic in a harsh desert city.-Booklist, starred review

Renee Ahdieh's lush debut novel, The Wrath and the Dawn, is a suspenseful and beautiful reimagining of The Arabian Nights, with an edge.-Shelf Awareness, starred review

Sumptuous detail ... satisfyingly steamy scenes, along with some angsty push and pull moments between the two for optimal romantic tension.-BCCB

Don't be surprised if the pages melt away and you find yourself racing through warm, golden sands or drinking spiced wine in cool marble courtyards. This is an intoxicating gem of a story. You will fall in love, just as I did.-Marie Lu, New York Times bestselling author of the Legend series and The Young Elites

In her absorbing debut, Renee Ahdieh spins a tale as mesmerizing as that of her heroine Shahrzad, filled with lush details and brimming with tension. The Wrath and the Dawn is truly an exceptional story, beautifully written.-Carrie Ryan, New York Times bestselling author of The Forest of Hands and Teeth

Ahdieh weaves a world that is lush with detail. You will want to hear, taste, and touch everything. But it's not just the world that is vividly alive. The characters are fascinating too: I loved the friendships, romance, and shifts in feeling. A beautifully written book, The Wrath and the Dawn is a story I could not put down.-Marie Rutkoski, author of The Winner's Trilogy
Renee Ahdieh is a graduate of the University of North Carolina at Chapel Hill. In her spare time, she likes to dance salsa and collect shoes. She is passionate about all kinds of curry, rescue dogs, and college basketball. The first few years of her life were spent in a high-rise in South Korea; consequently, Renee enjoys having her head in the clouds. She lives in Charlotte, North Carolina, with her husband and their tiny overlord of a dog. The Rose and the Dagger is the sequel to her #1 New York Times bestselling debut novel, The Wrath and the Dawn.
GOR012674818
9780147513861
0147513863
The Rose & the Dagger Renee Ahdieh
Renee Ahdieh
The Wrath and the Dawn
Gebraucht - Sehr Gut
Broschiert
Penguin Putnam Inc
20170404
448
N/A
Die Abbildung des Buches dient nur Illustrationszwecken, die tatsächliche Bindung, das Cover und die Auflage können sich davon unterscheiden.
Dies ist ein gebrauchtes Buch. Es wurde schon einmal gelesen und weist von der früheren Nutzung Gebrauchsspuren auf. Wir gehen davon aus, dass es im Großen und Ganzen in einem sehr guten Zustand ist. Sollten Sie jedoch nicht vollständig zufrieden sein, setzen Sie sich bitte mit uns in Verbindung.