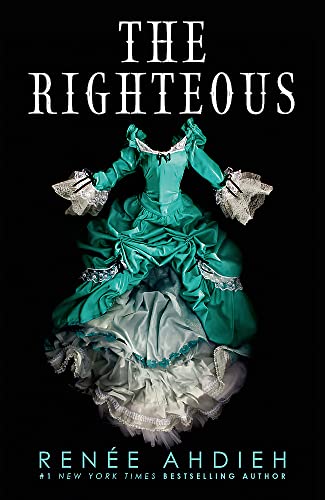 'Vampires are back, and they're more seductive than ever' Bustle, on The Beautiful

Odette is facing the final death. The Court of the Lions have done everything they can to save her but have failed. A healer from the Sylvan Vale could help her, but only Arjun Desai, as a half fey, can cross the boundary between realms.

Arjun despises the Sylvan Vale, and in return, it despises him. But knowing it could save Odette, he returns, leaving the mirrored tare between the two worlds open and setting the stage for both love and war.

It's mere days until Pippa Montrose is to wed Phoebus Devereux and become a member of his well-heeled family, offering salvation to her own. But Celine is missing. Pippa has no idea where her best friend has gone, but she's certain it's in the company of Sebastien Saint Germain and that Arjun can lead her to them.

With the help of Eloise, the daughter of a powerful sorceress, Pippa discovers Arjun's gateway and slips through in search of her friend. But what she discovers on the other side is a dangerous, duplicitous world full of mischief and magic she doesn't understand . . .

One of YA's biggest rising stars * Entertainment Weekly *
This is a one of a kind book, by a singularly original author * Sabaa Tahir, author of An Ember in the Ashes on The Beautiful *
Lushly atmospheric . . . Fans will clamour for the continuation to this captivating volume * Publishers Weekly on The Beautiful *
A bewitching, exciting novel filled with extreme, imaginative characters . . . a story of genuine feeling and heart, which draws in the reader from the outset and keeps you engaged right through to the finale * Starburst Magazine on The Beautiful *
Ahdieh brings New Orleans vibrantly to life * Kirkus on The Beautiful *
A rich, vibrant world full of colour, and shadows, and dangerous attractions . . . Sumptuous and powerful * British Fantasy Society on The Beautiful *
A wholly satisfying supernatural sequel * The Nerd Daily on The Damned *
Expansive world building . . . romantic . . . steamy . . . Decadent escapism * Kirkus on The Damned *
Forbidden romance and harsh consequences set up this highly anticipated sequel that will leave you wanting so much more * Seventeen.com on The Damned *
Forbidden love, sultry romance, and clashing immortal factions fill this sequel . . . [and] will keep readers engaged * School Library Journal on The Damned *
Renee Ahdieh is the #1 New York Times bestselling author of The Wrath and the Dawn series and The Flame in the Mist series. She is a graduate of the University of North Carolina at Chapel Hill. In her spare time, she likes to dance salsa and collect shoes. She is passionate about all kinds of curry, rescue dogs, and college basketball. The first few years of her life were spent in a high-rise in South Korea; consequently, Renee enjoys having her head in the clouds. She lives in Charlotte, North Carolina, with her husband and their tiny overlord of a dog.
NGR9781529368383
9781529368383
1529368383
The Righteous Renee Ahdieh
Renee Ahdieh
The Beautiful
Neu
Gebundene Ausgabe
Hodder & Stoughton
2021-12-07
432
N/A
Die Abbildung des Buches dient nur Illustrationszwecken, die tatsächliche Bindung, das Cover und die Auflage können sich davon unterscheiden.
Dies ist ein neues Buch - lesen Sie als Erster dieser Kopie. Mit unberührten Seiten und einer perfekten Bindung kann Ihre brandneue Kopie zum ersten Mal geöffnet werden.