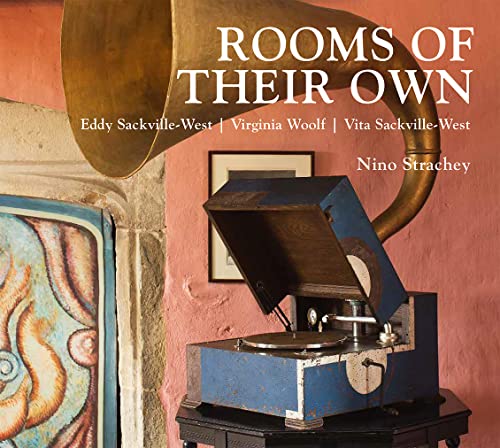 "I hold the conviction that as the centuries go on, and the sexes become more nearly merged on account of their increasing resemblances ... such connections will to a very large extent cease to be regarded as merely unnatural, and will be understood far better". Vita Sackville-West, 1920

In the deep blue Turret Room at Knole sits a battered tin trunk inscribed "Edward Sackville-West: Various Papers". Hoarded inside were the intimate records of lives lived at the heart of 1920s literary Bloomsbury. Lytton Strachey, James Strachey, Alix Strachey, Duncan Grant, Bunny Garnett and Stephen Tomlin all stayed with Eddy at Knole. Two of these friends - Duncan Grant and Stephen Tomlin - became lovers, filling his rooms with the vibrant outpourings of Bloomsbury creativity. Living in an England where homosexuality was illegal until 1967, Eddy's design choices were boldly counter-cultural.

Eddy's first cousin, Vita Sackville-West, and her lover, Virginia Woolf, were equally at home in this world, their names permanently associated through the publication of Orlando in 1928. Set at Knole, Woolf's tribute to Vita created a hero/heroine who evaded categorisations of sex and time, changing as the centuries progress.

Linked by an intimate web of relationships, Eddy, Virginia and Vita created homes in Kent and East Sussex which challenged contemporary conventions. While Virginia Woolf and Eddy Sackville-West favoured the bright colours and bold patterns of Bloomsbury, Vita Sackville-West looked backwards to the Elizabethan age, filling her rooms with the romantic relics of past lovers.